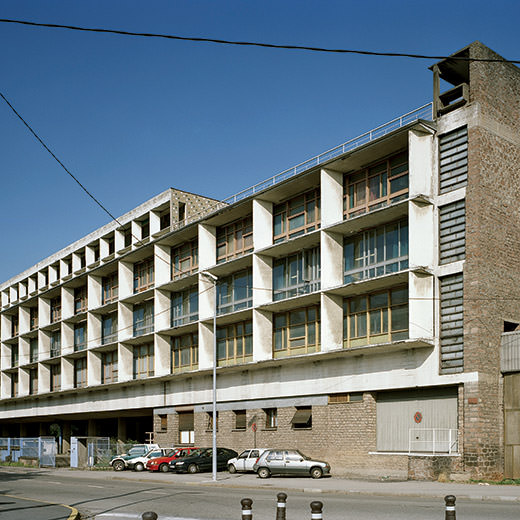 The Manufacture de Saint-Dié, originating in the standards of the Radiant City and the Athens Charter, is the prototype of the Usine Verte that revolutionised working conditions.

In July 1946 the industrialist Jean-Jacques Duval entrusted Le Corbusier with the reconstruction of his hosiery mill, built in 1908 and two-thirds destroyed in November 1944.
The architect seized the opportunity to create a “green factory”, a standard programme integrated into his Industrial Linear City project, published in 1945 in The Three Human Settlements.
He created a building based entirely on the Modulor; it was functional and 20% cheaper than a traditional construction.

The building, approximately 80 metres long and 12.5 metres wide, resembles a small three-storey housing unit mounted on pilotis and covered by an independent roof-terrace. The block containing the entrance and vertical circulation facilities, also linking up with a former garment workshop, is part of a wing relegated to the rear facade. Internal organisation corresponds to the constraints of the manufacturing process. The circulation of textiles and garments was independent of that of the staff, being operated by lifts and toboggans (since removed).
On the rooftop terrace, Le Corbusier placed the offices of the director and administration, as well as an archive room and a meeting room. Duval’s office and the different parts of the building are equipped with furniture by Jean Prouvé, Charlotte Perriand and Le Corbusier.

From the technical and aesthetic viewpoints , the Manufacture succeeds in combining a concrete frame with two blind gable-walls in reused pink sandstone. The ceilings are painted with rectangles of bright colours. The resulting contrast of materials and colours places this work in the line of the villas of the 1930s, which already foreshadowed the “Brutalism” of the post-war years. The largely glazed workshops are protected by concrete brise-soleil shading devices playing an aesthetic as well as a functional role. These were the first in Le Corbusier’s work to be made in France, just a few months before those of the Marseille Cité Radieuse. 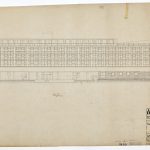 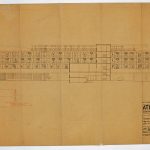 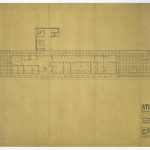 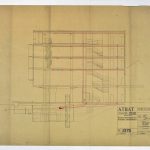 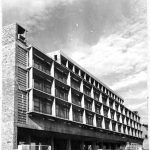 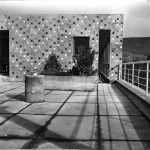 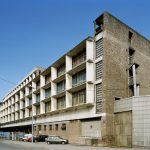 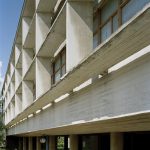 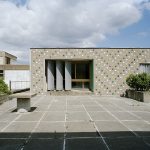 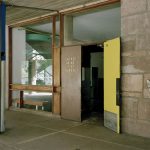 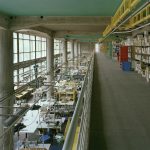 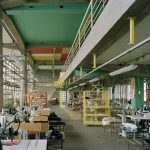 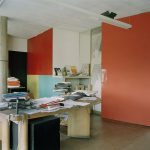 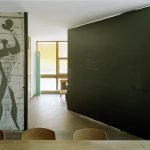 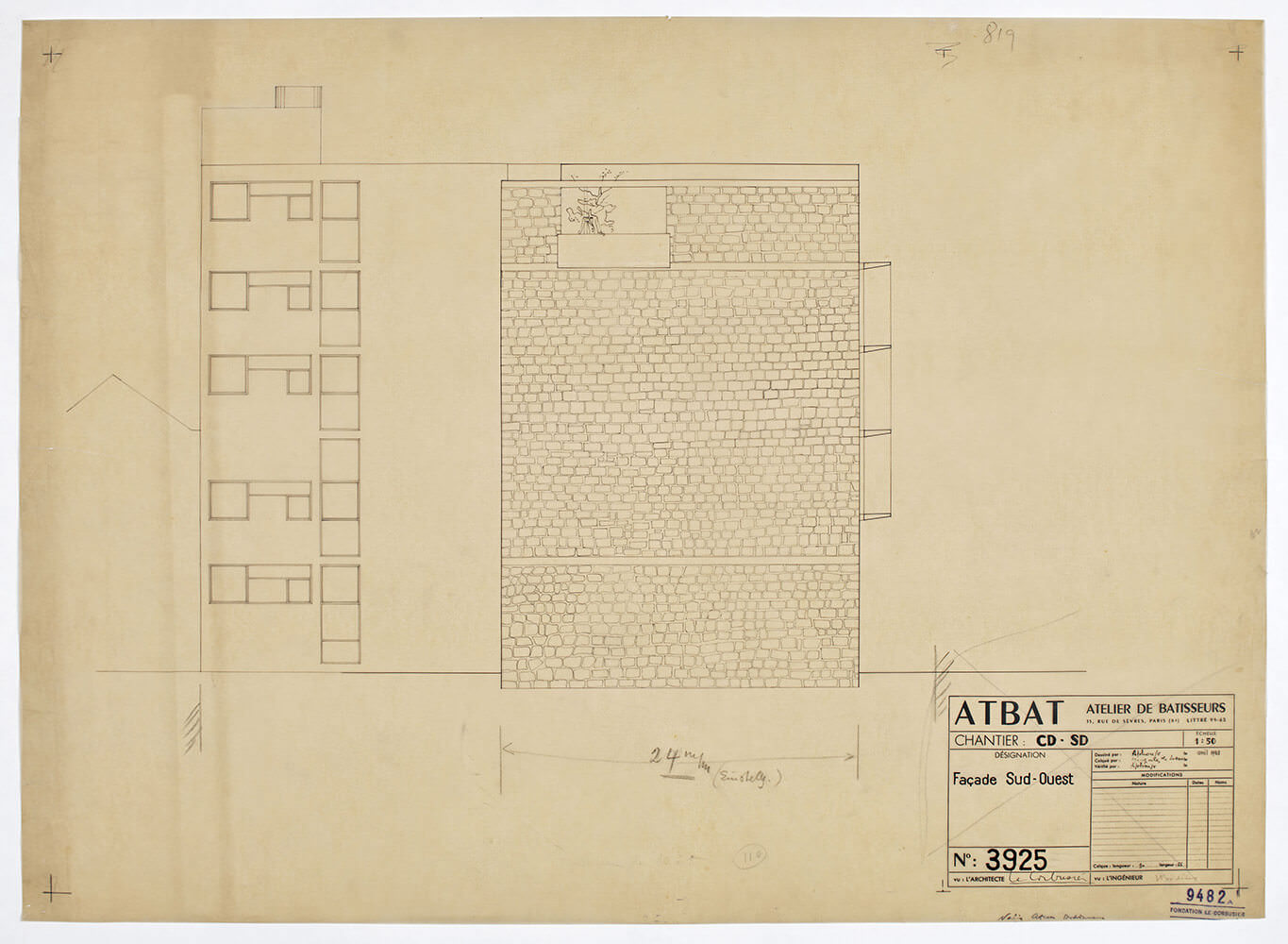 Elevation of south-west facade with ratings
Plan FLC 9482A 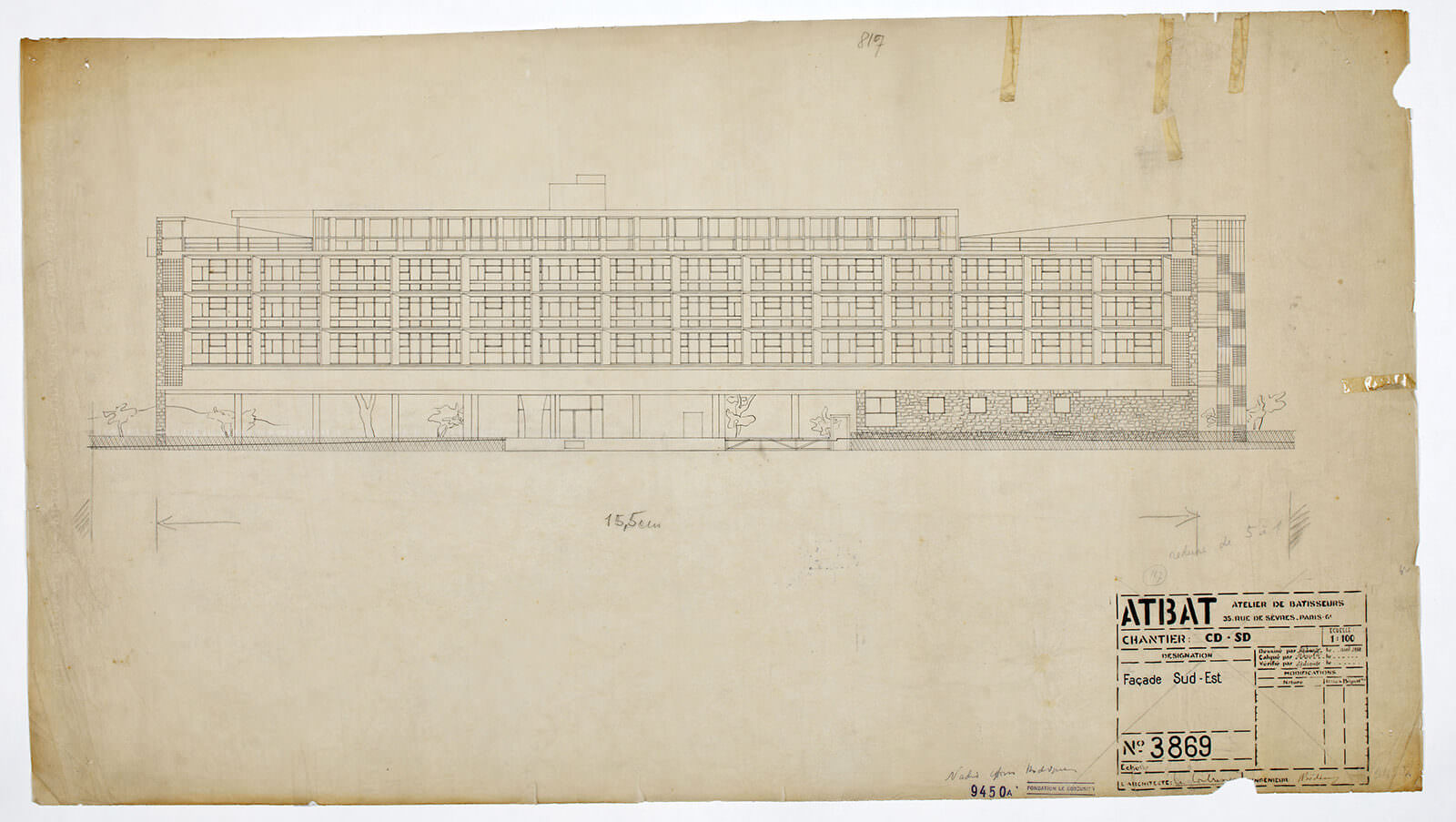 Elevation of south facade with ratings and notes
Plan FLC 9450A 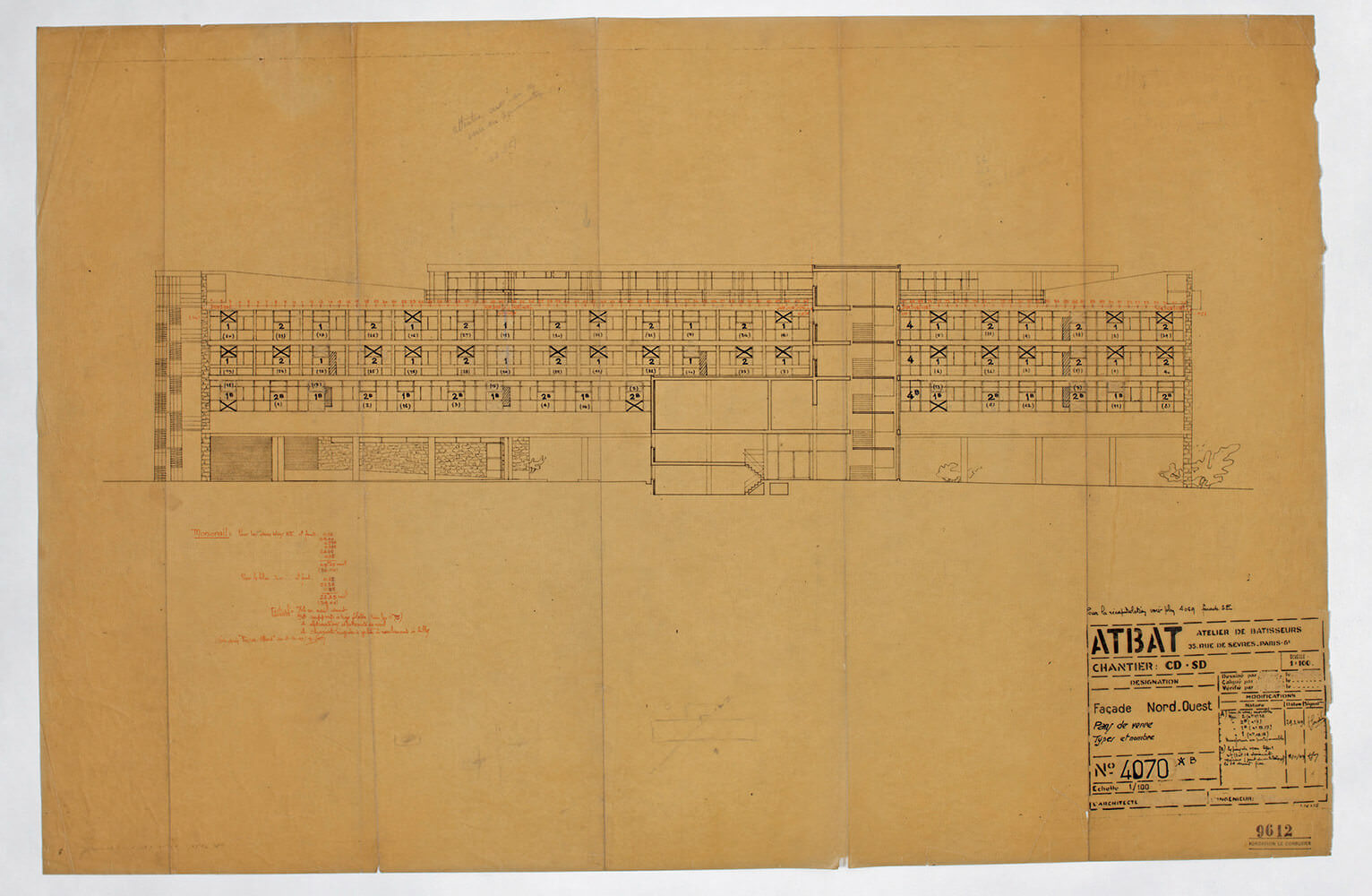 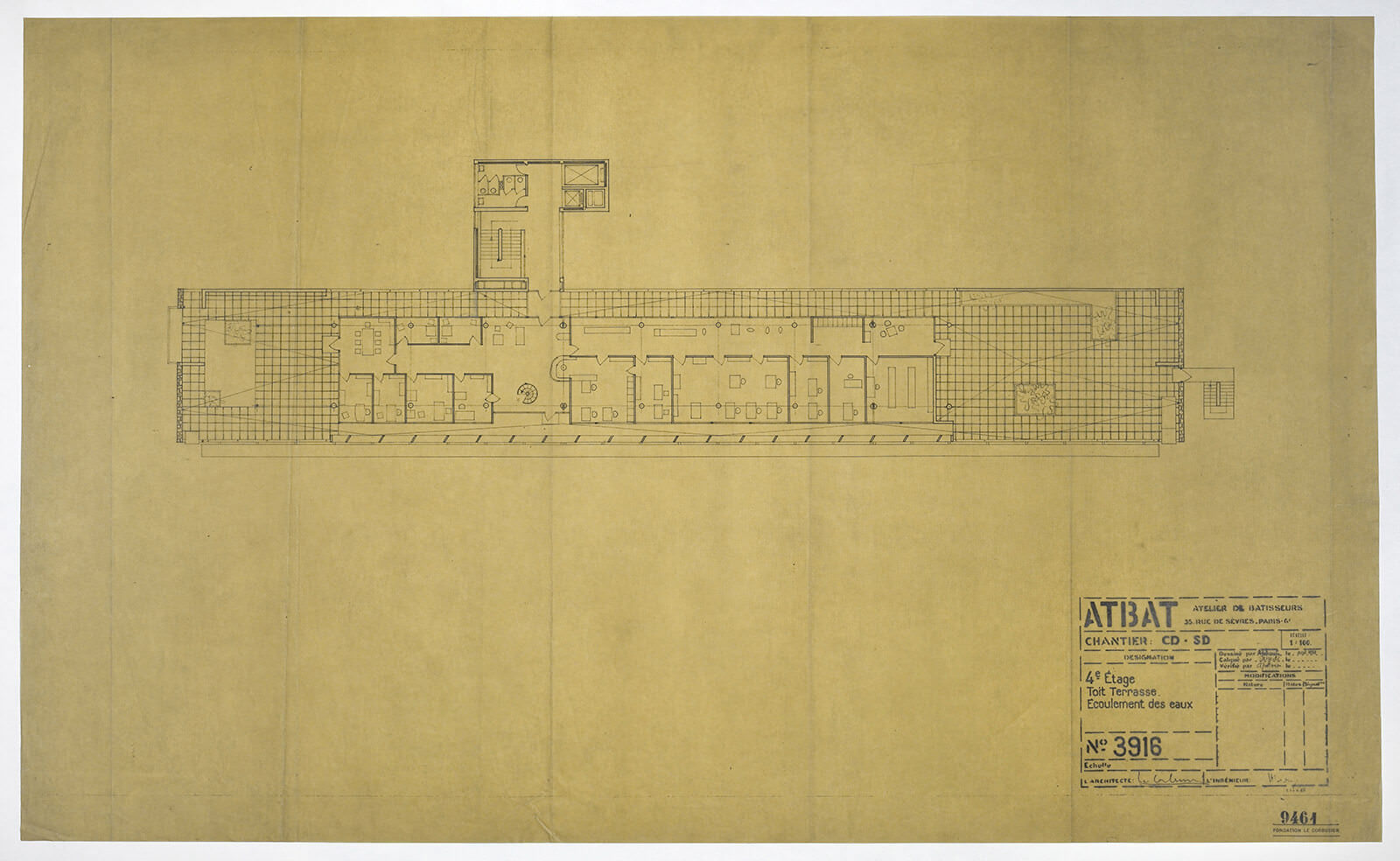 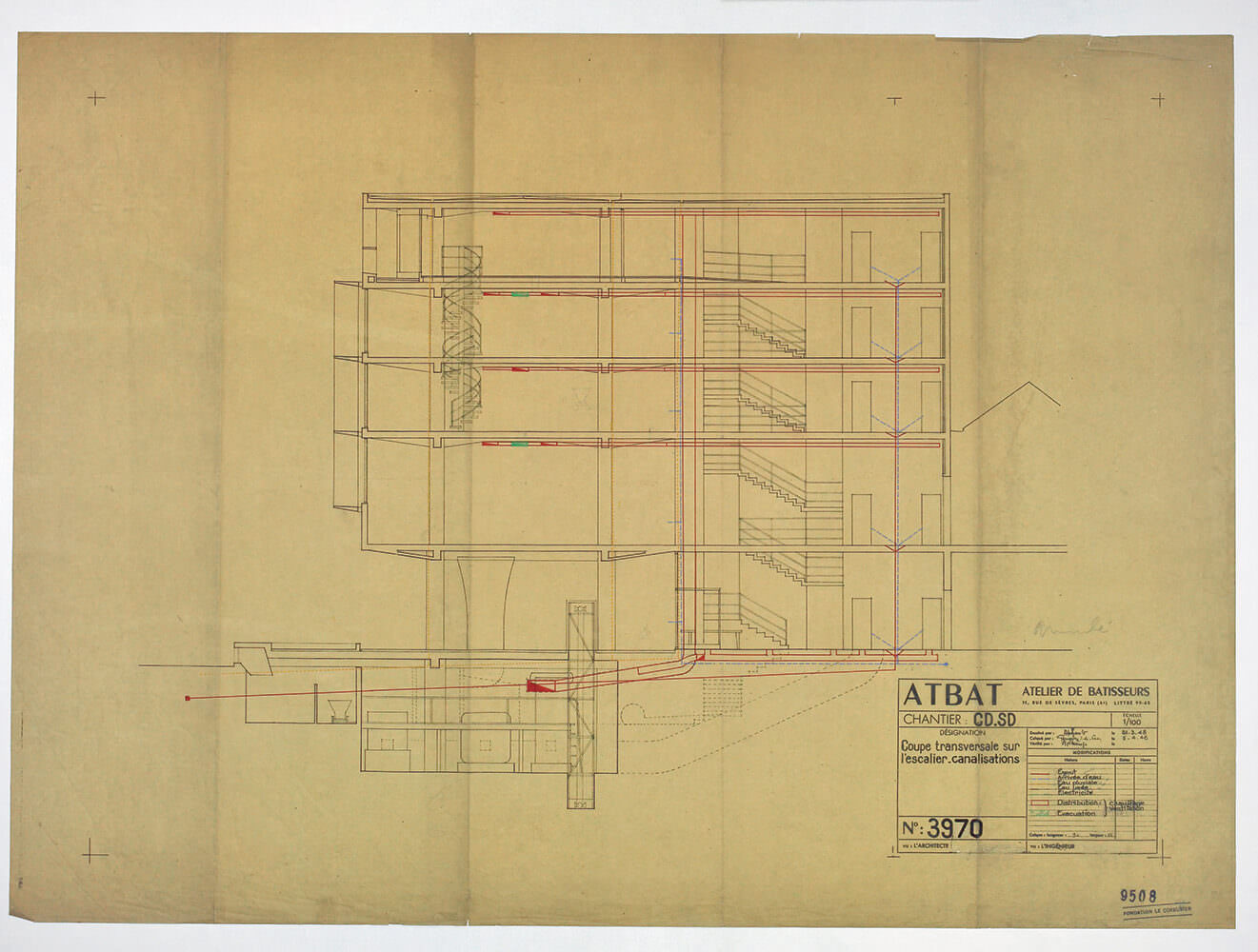 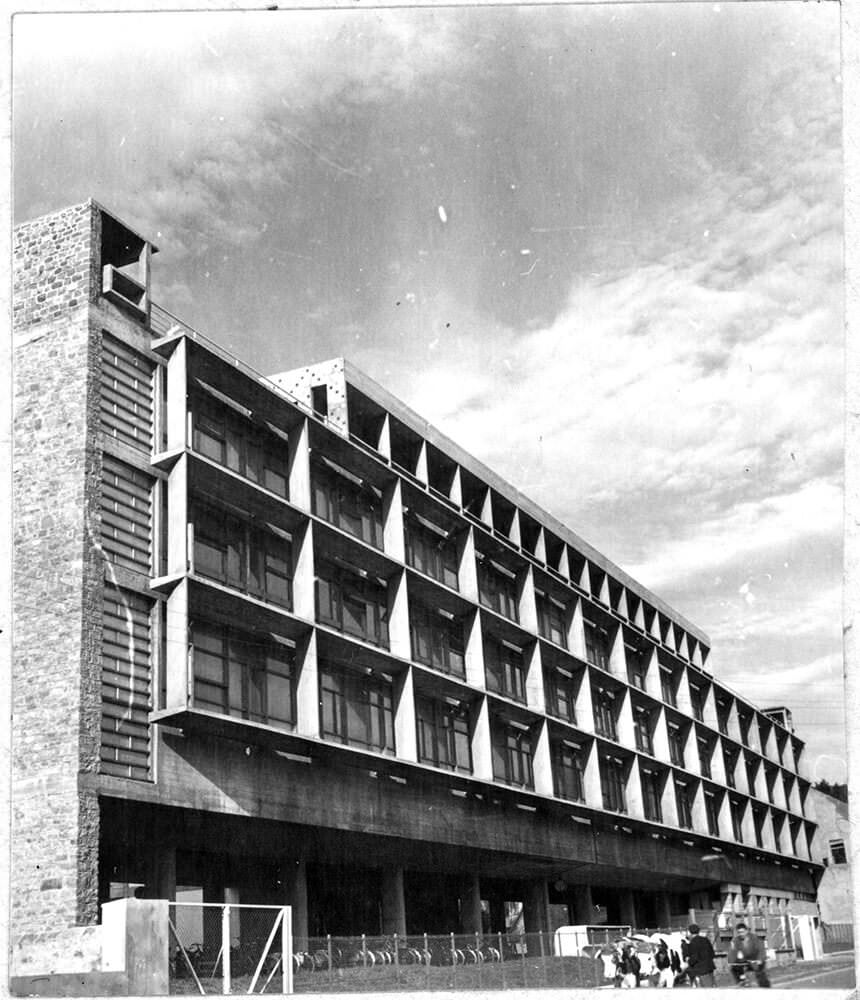 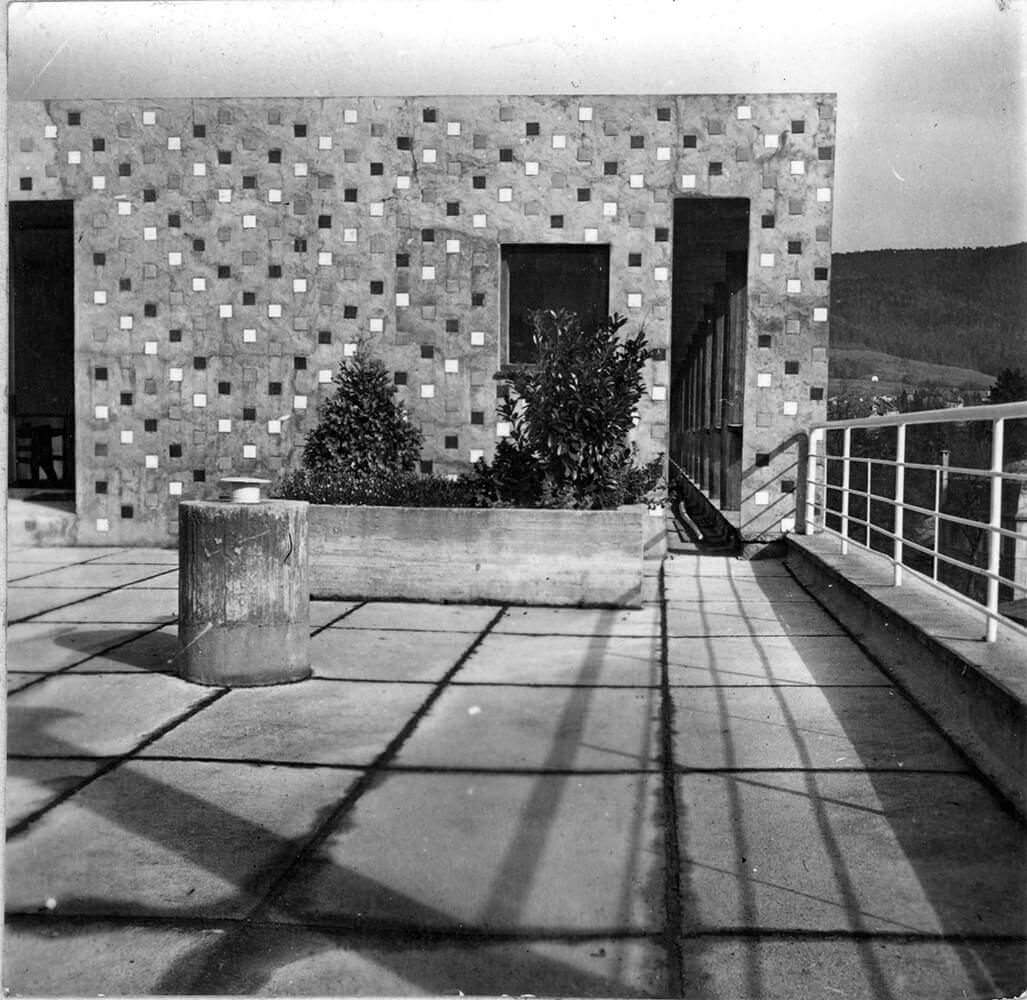 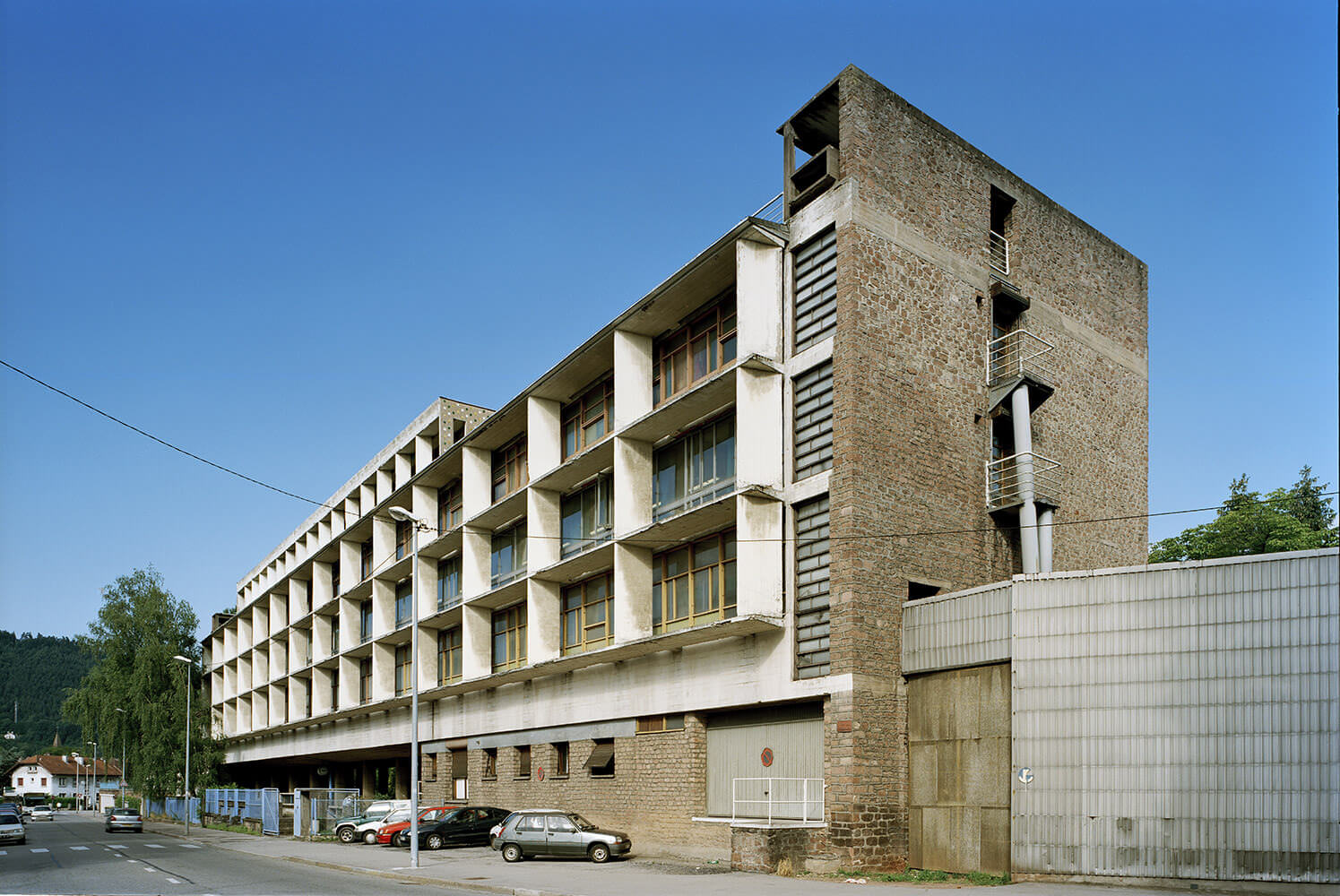 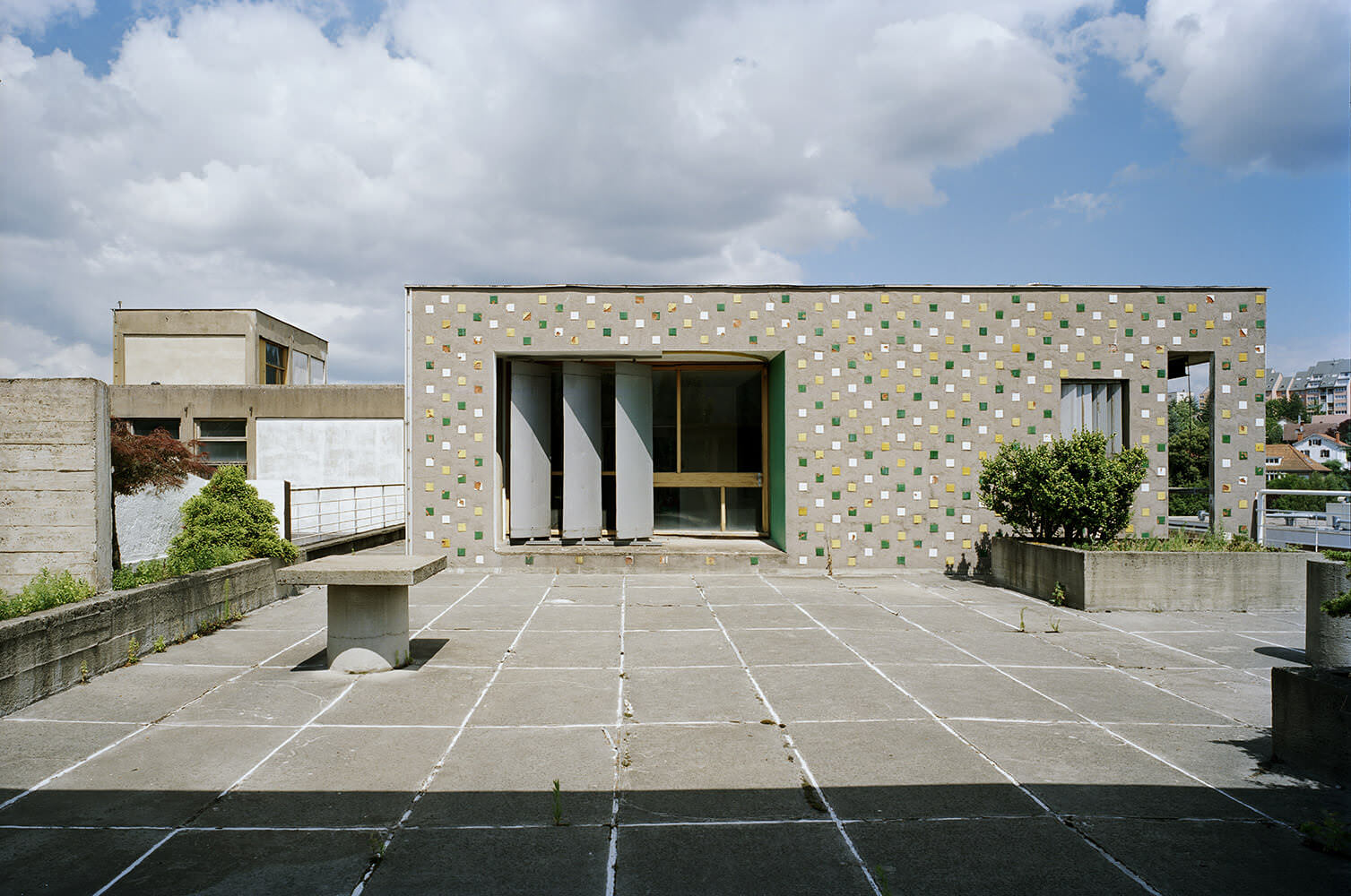 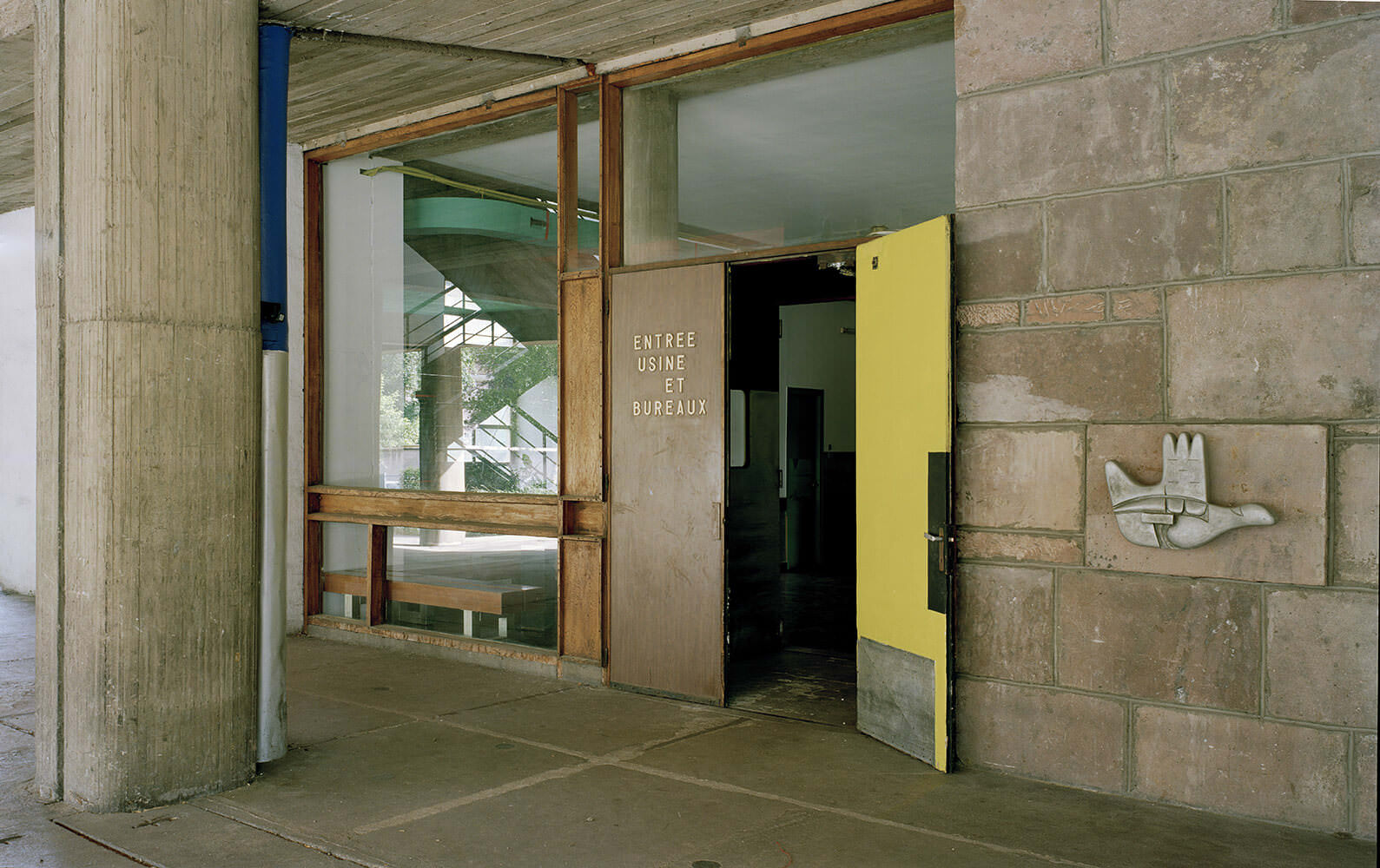 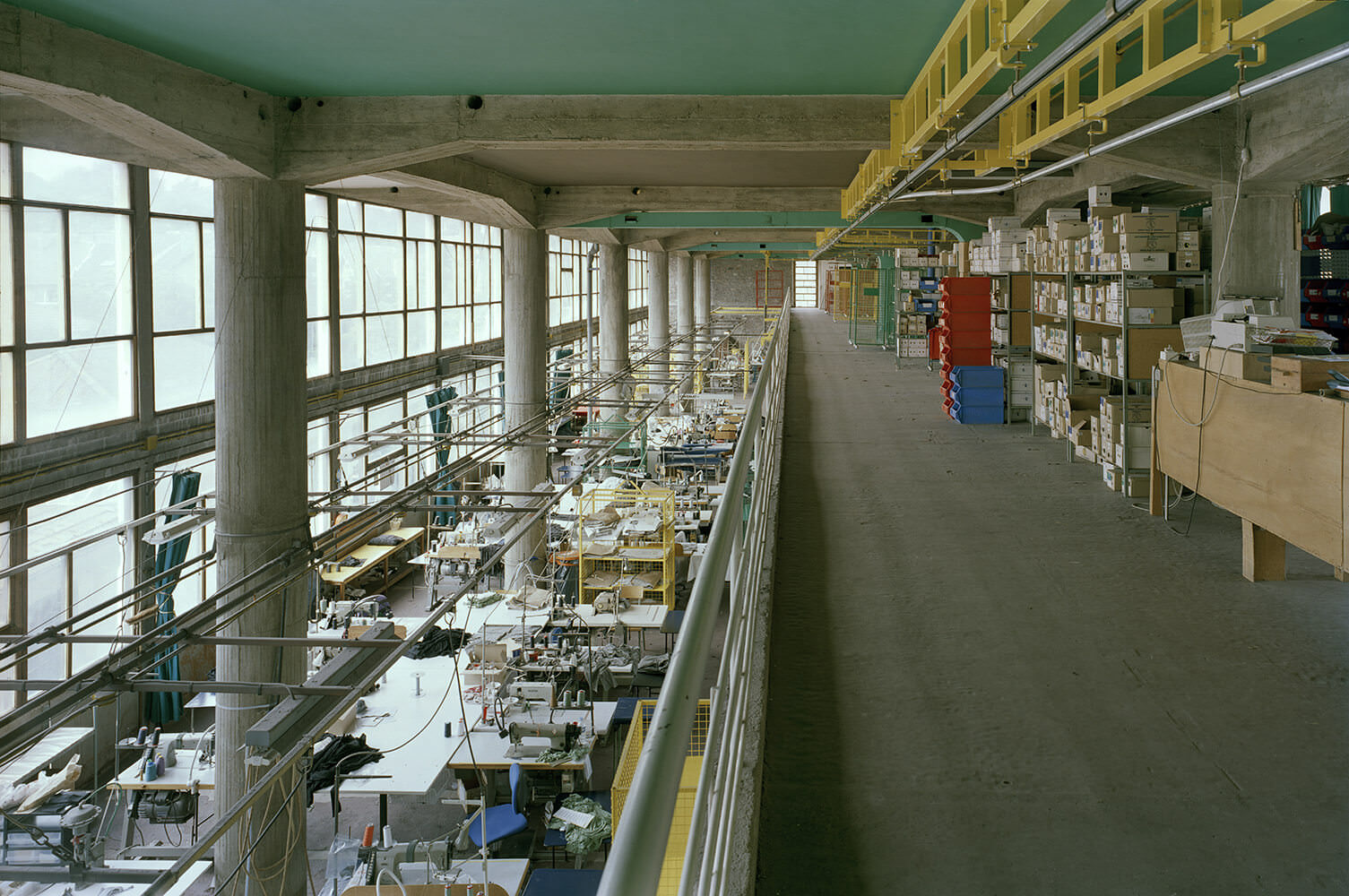 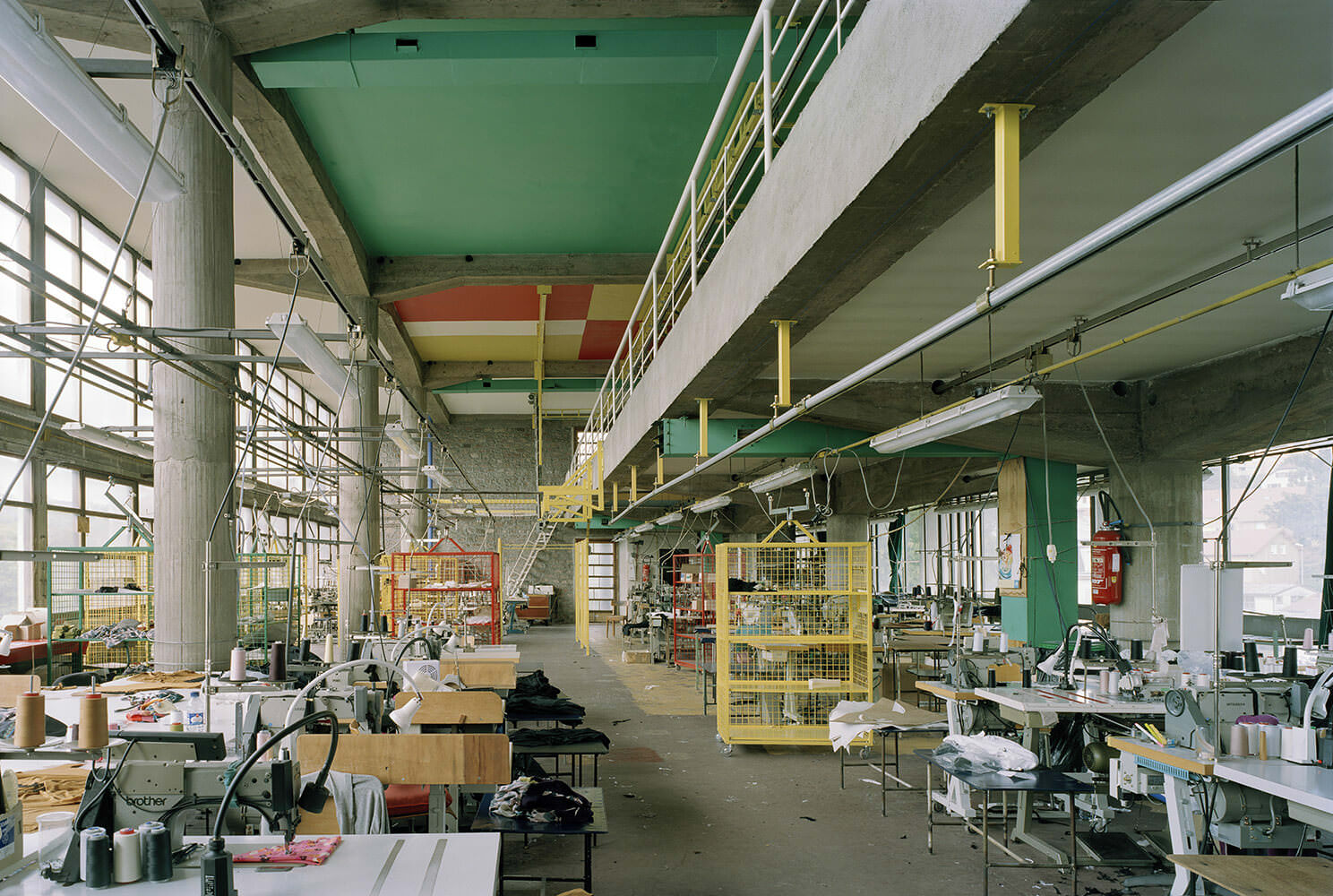 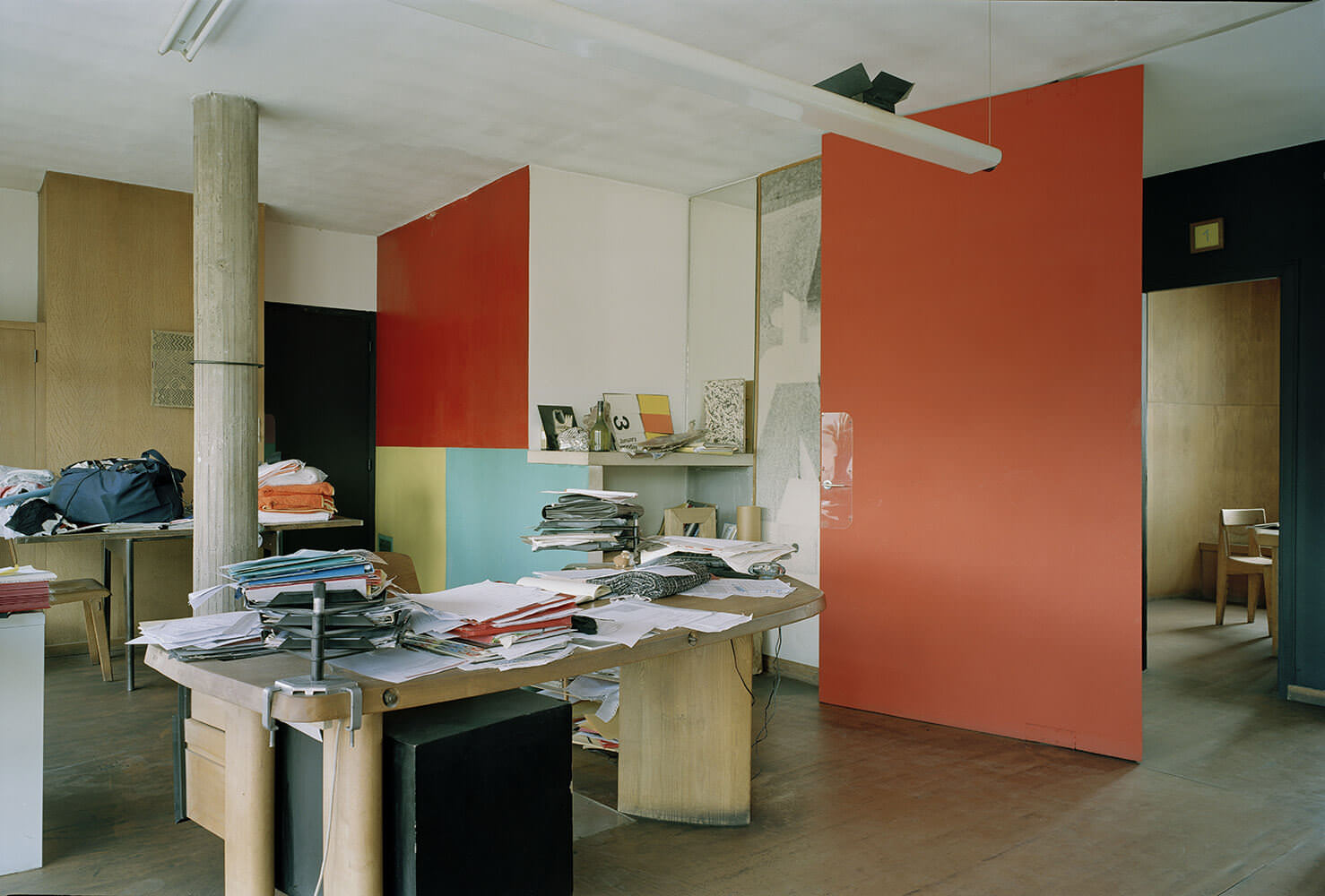 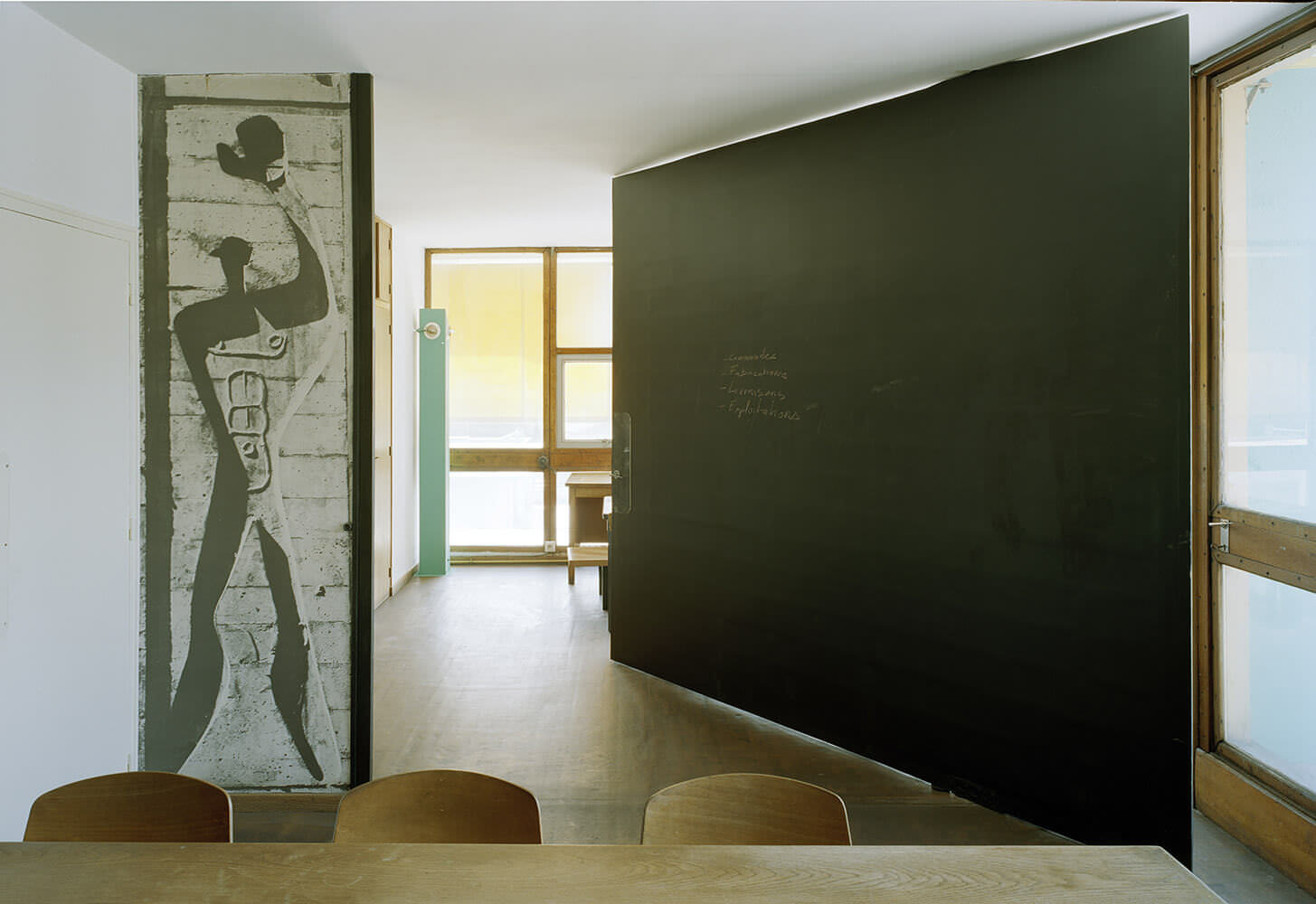