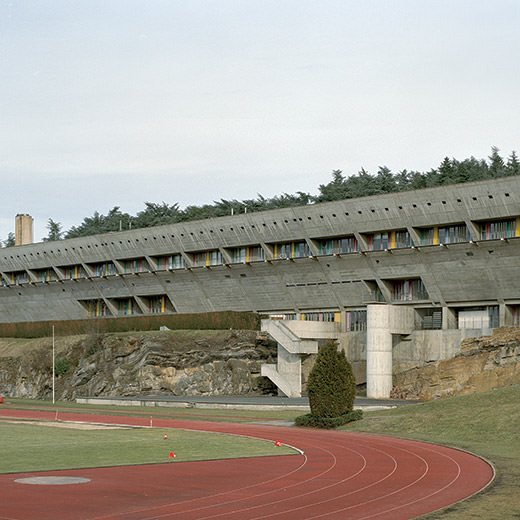 The Maison de la Culture de Firminy, an innovative programme based on the concepts of the Radiant City and the Athens Charter, anticipates modern sculptural forms in architecture.

A single formal solution prevailed throughout the building’s inception, that of an oblong sculptural construction, 112 metres long from north to south. The originality of this option is particularly visible in a cross section, where the sloping lines of the facades and the elegant curve of the roof are part of an inverted trapezium. The momentum and exceptional dynamism that emerge from this building are amplified by its location along the ridge line of the cliff of an old quarry, where a stadium is also installed.
The image of the Acropolis in Athens,  so significant for Le Corbusier’s work, stands out here as an obvious contextual reference for this temple of youth and culture. Le Corbusier speaks of a “landscape composition”.
The “pans ondulatoires” (undulating glazing), conceived and designed together with Iannis Xenakis, add to the west facade a vibratory effect accentuating the general dynamism of the architectural and landscape forms. Polychromy helps to give rhythm to this facade, designed and sculpted like a contemporary musical composition or a geometrical abstract painting.
The interior, opening out on two levels, allows us to appreciate the curve of the roof and the inclination of the facades, particularly to the west, where the slope has been taken advantage of to install the tiers of the theatre and the auditorium.

The frame consists of transverse reinforced concrete porticoes seven metres apart. The technical originality of the building is due in large part to its curved roof, giving it a sculptural character. Developed by the Stribick construction company, the bold solution uses Celium plates to form an inverted vault resting on 132 cables grouped in pairs. 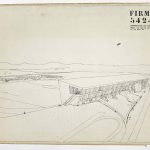 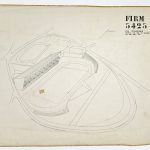 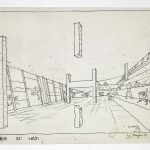 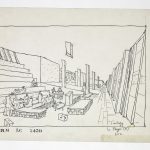 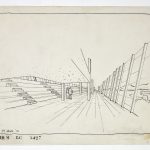 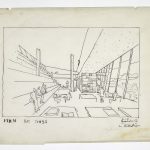 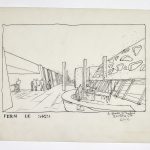 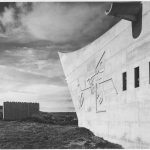 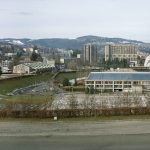 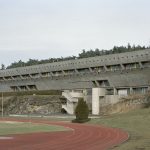 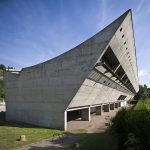 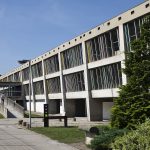 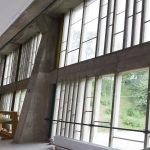 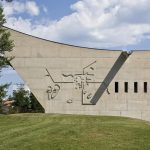 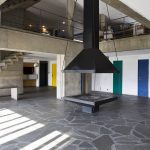 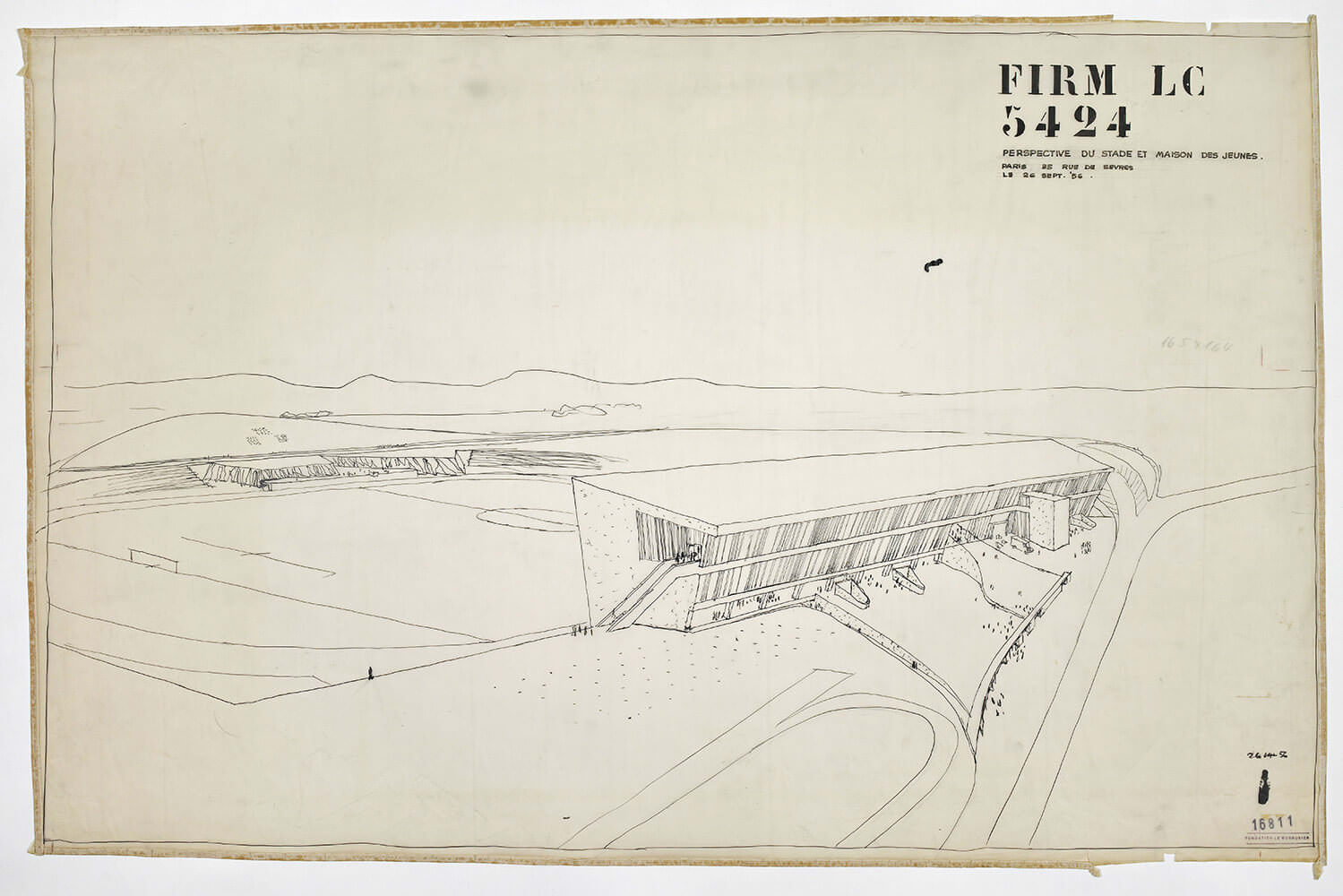 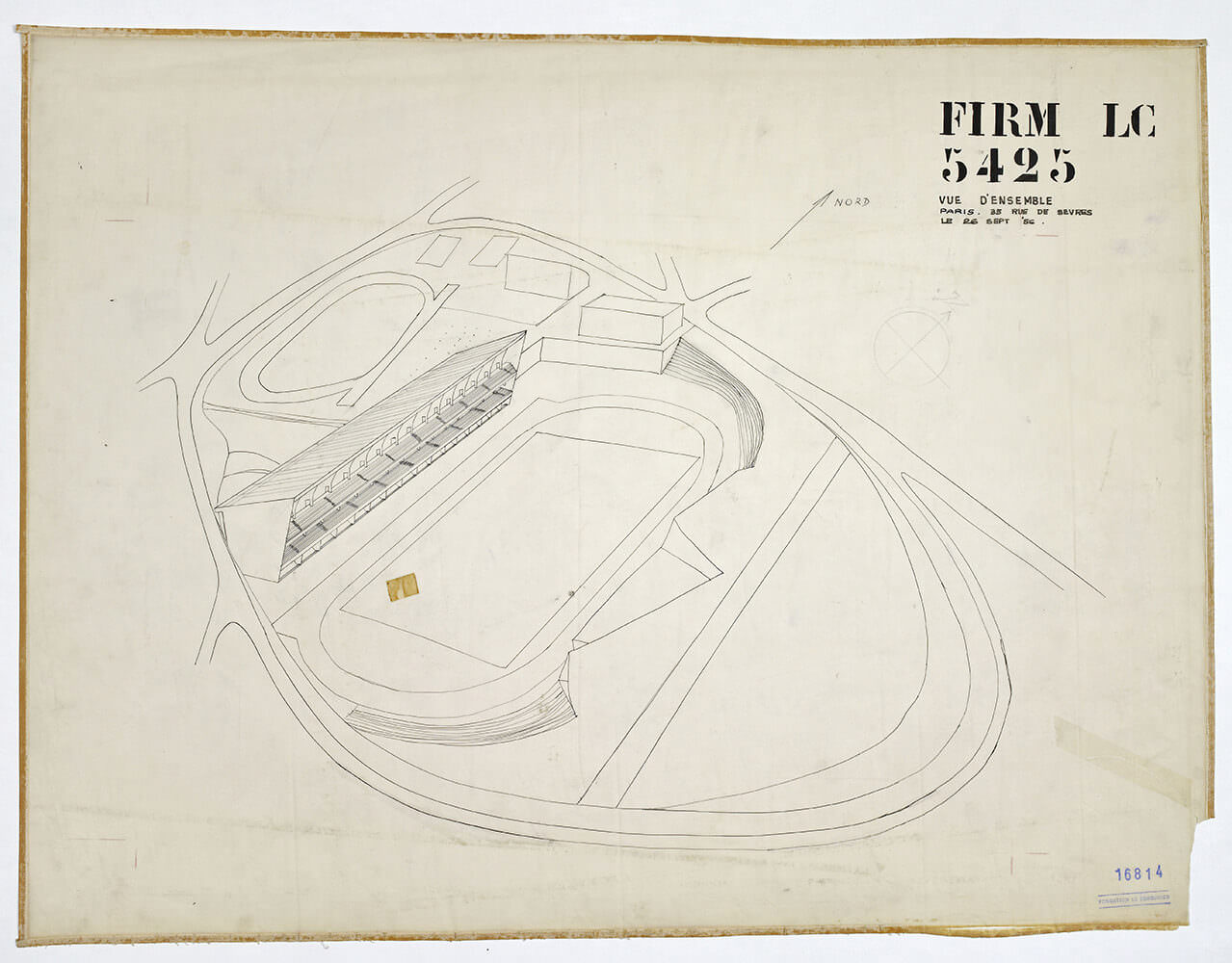 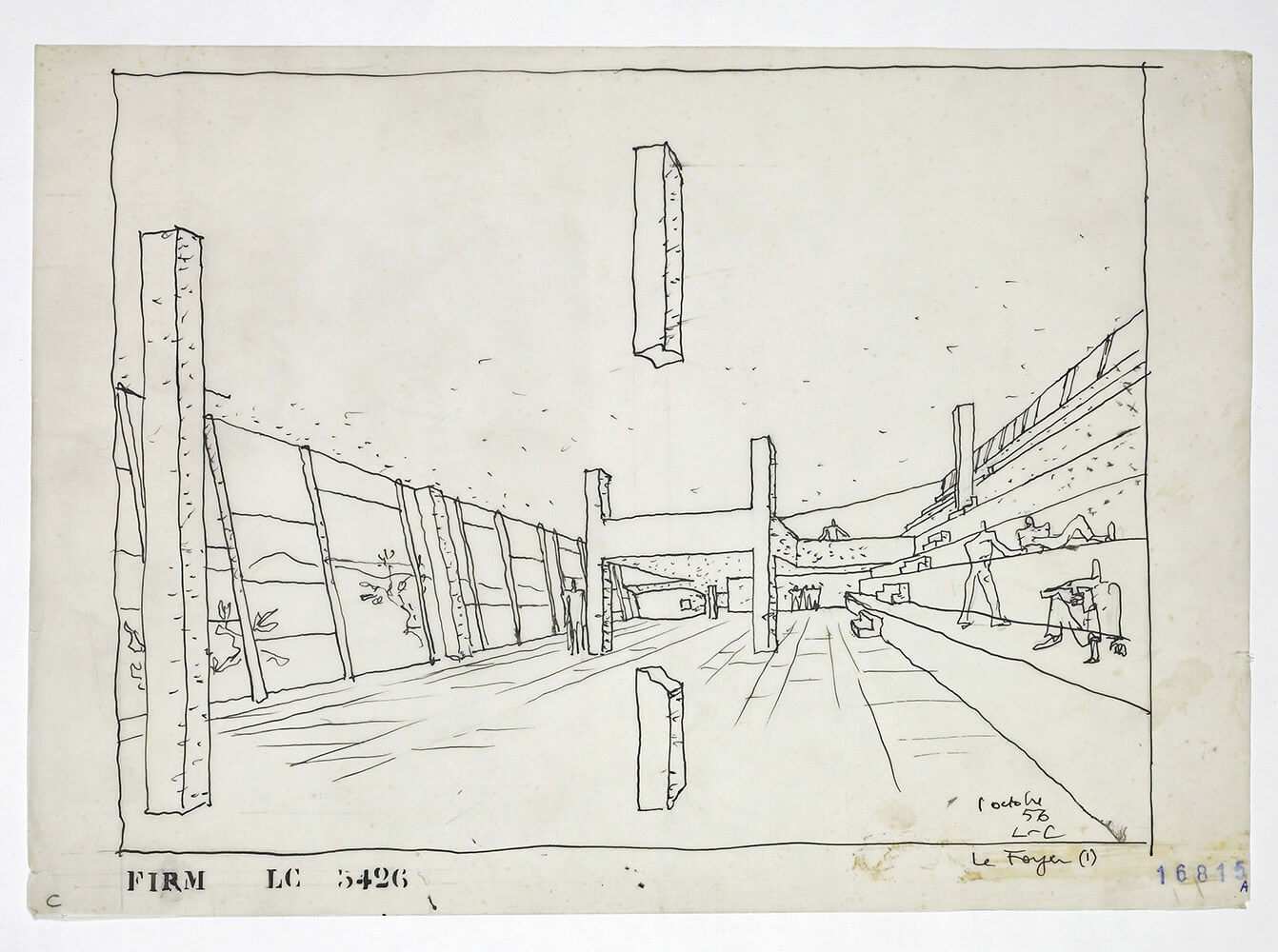 Interior perspective of foyer with silhouettes
Plan FLC 16815A 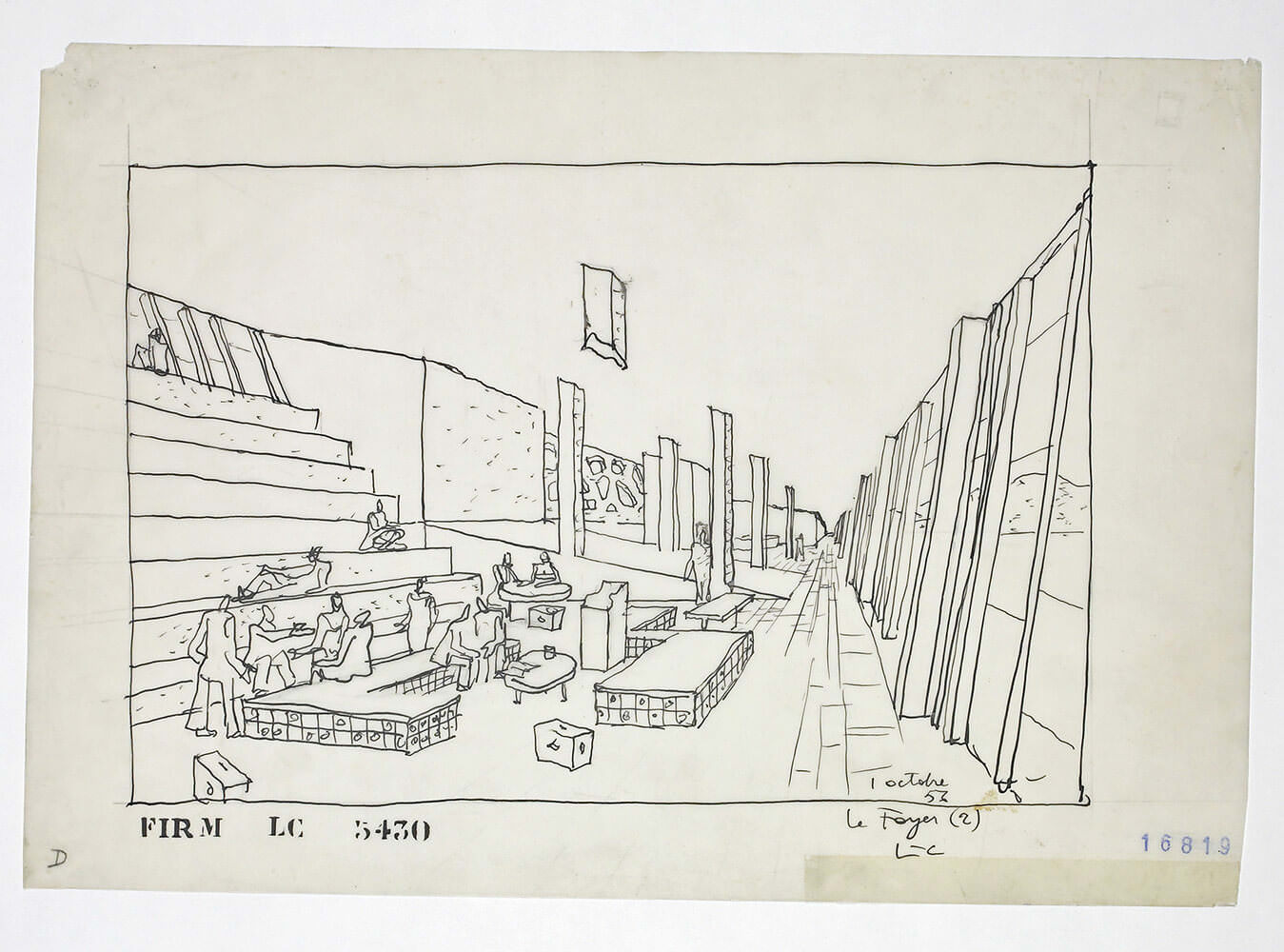 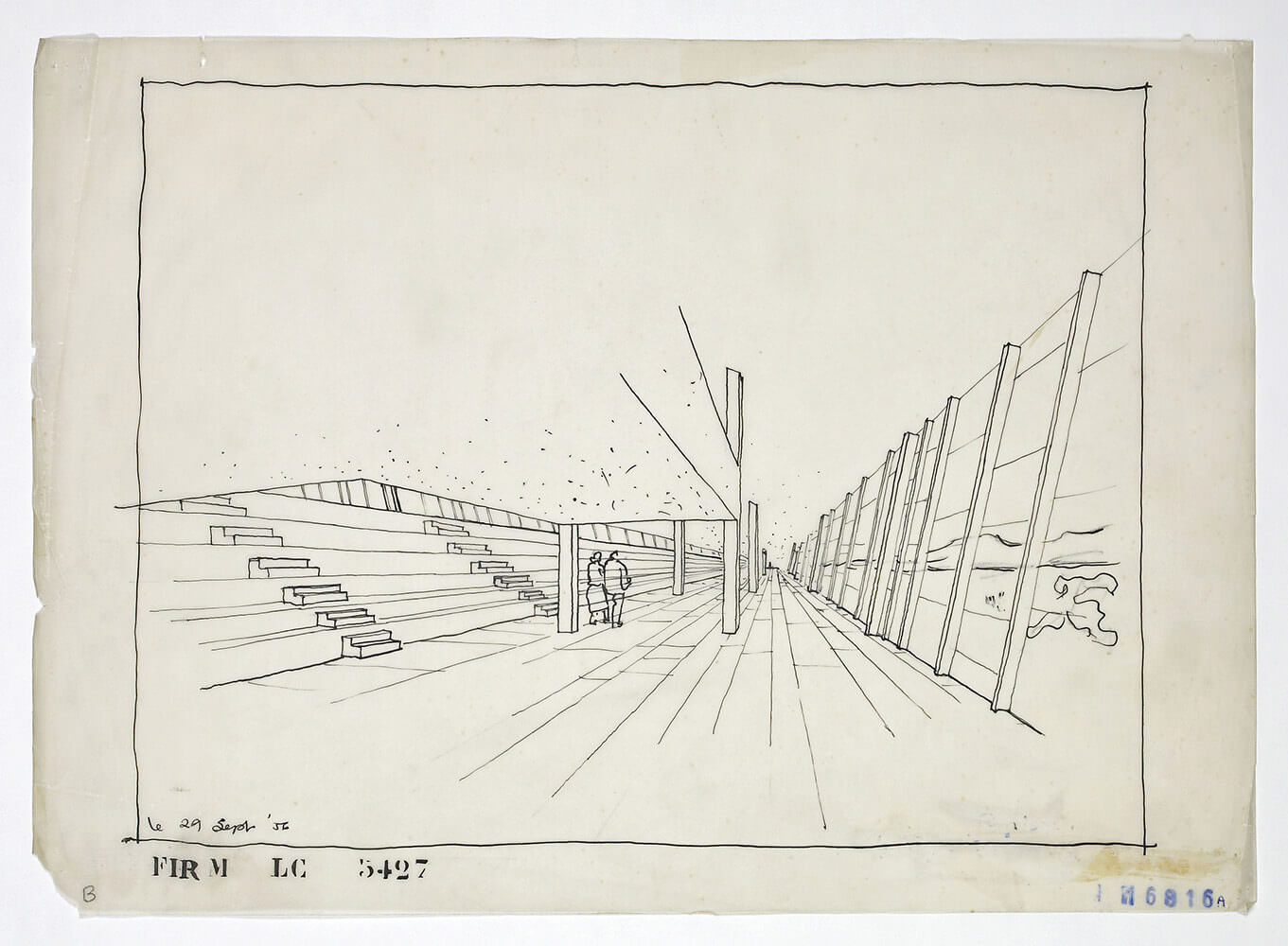 Interior parspective of hall with silhouettes and layouts
Plan FLC 16818 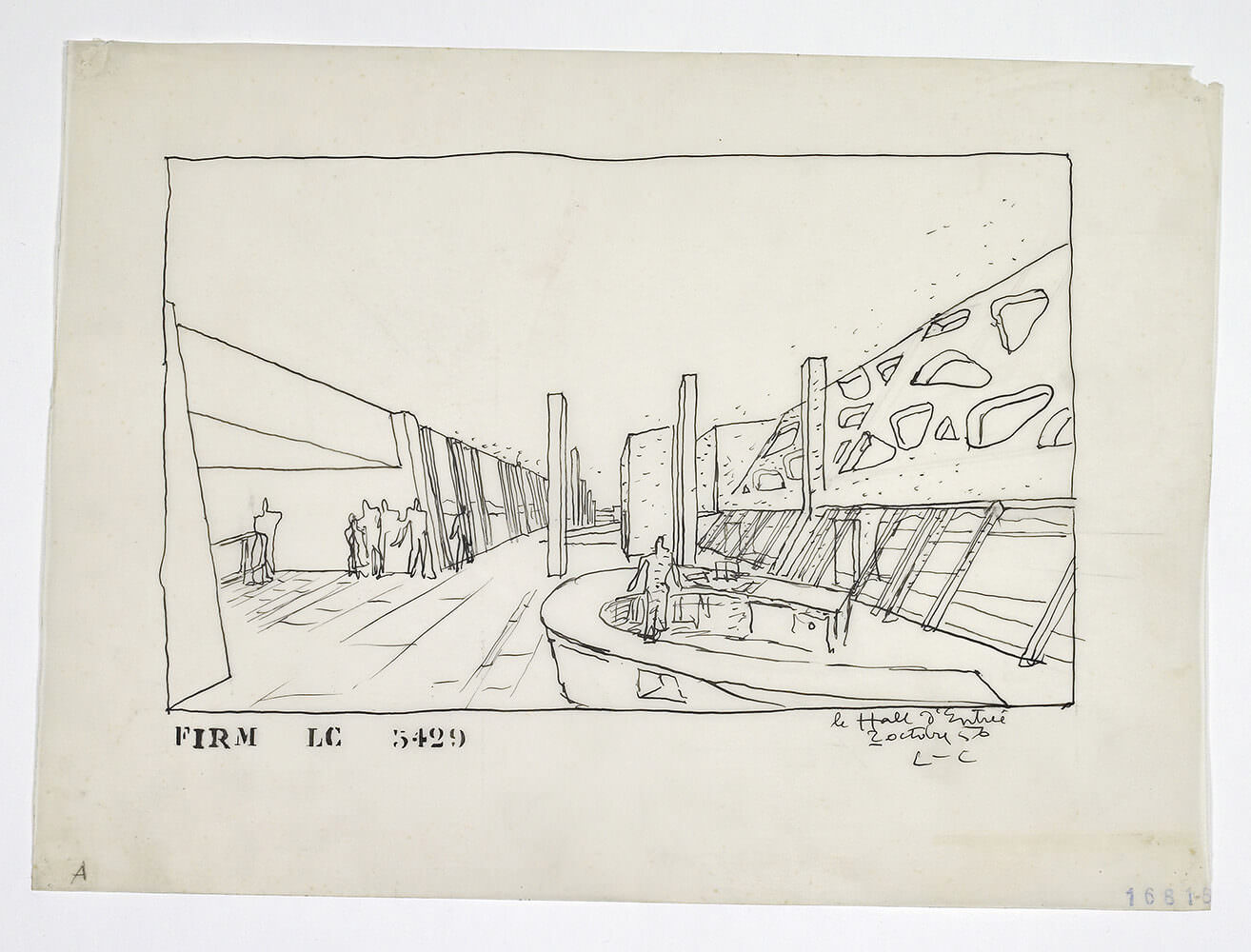 Interior parspective of hall with silhouettes and layouts
Plan FLC 16819 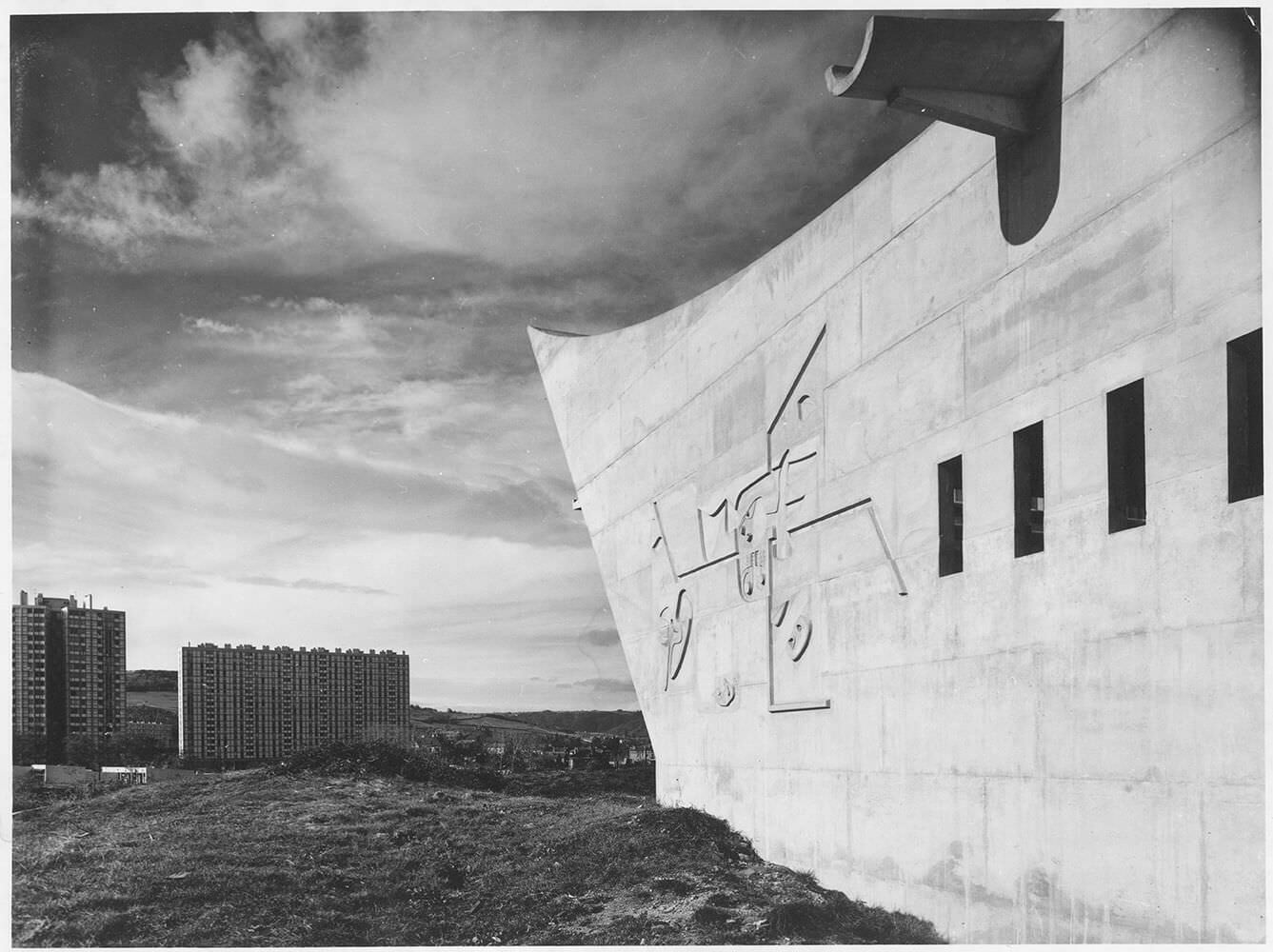 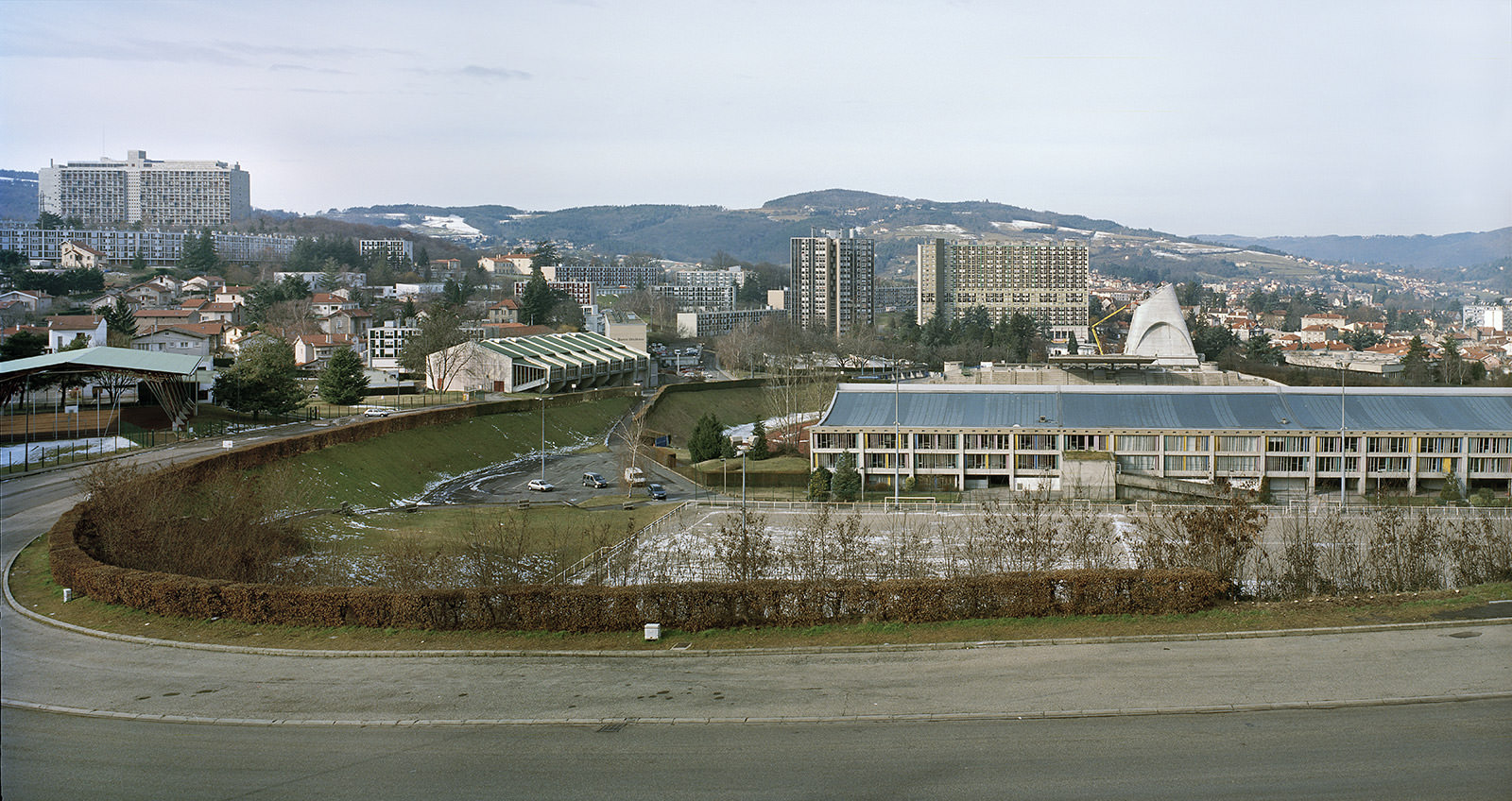 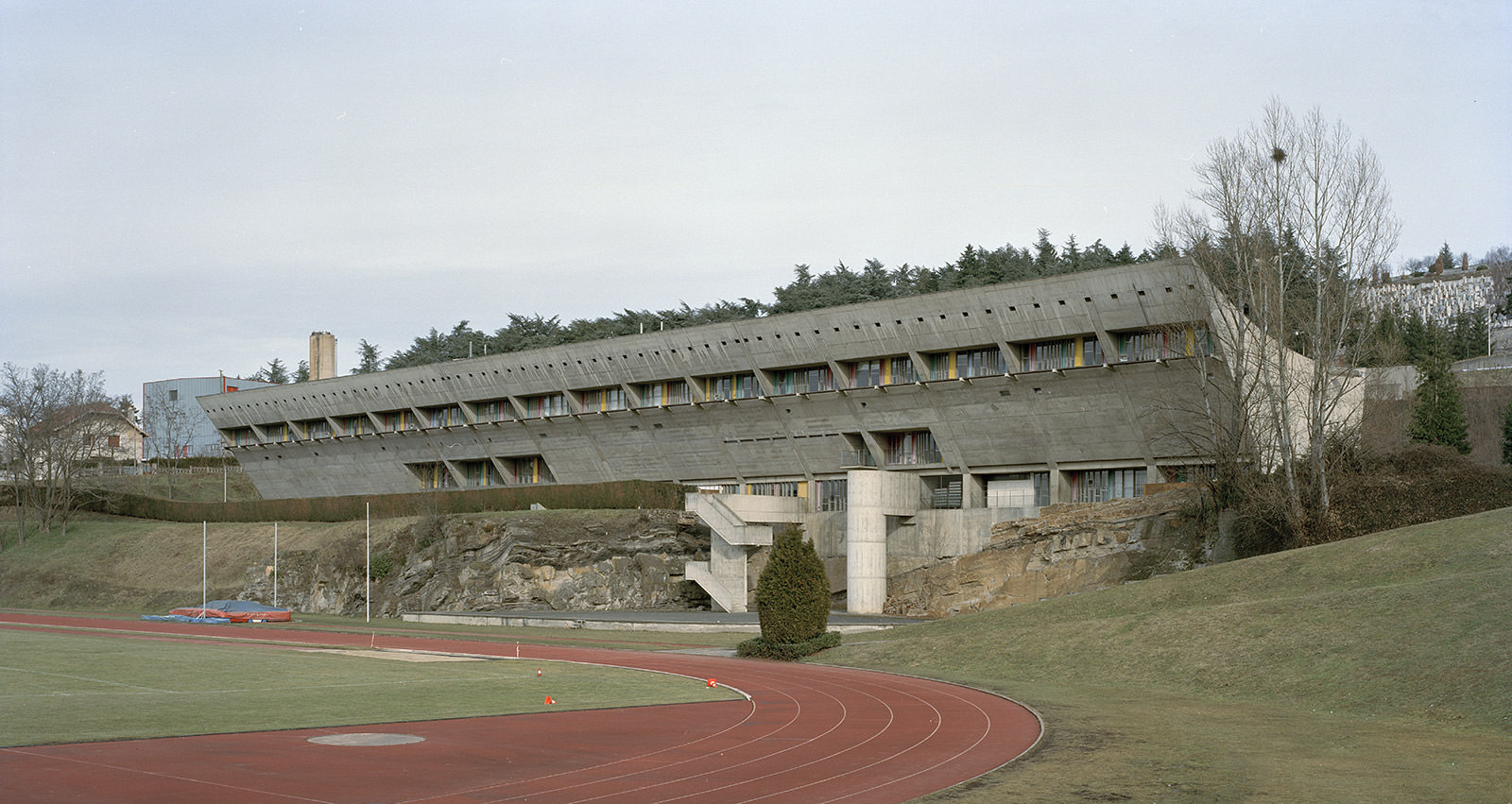 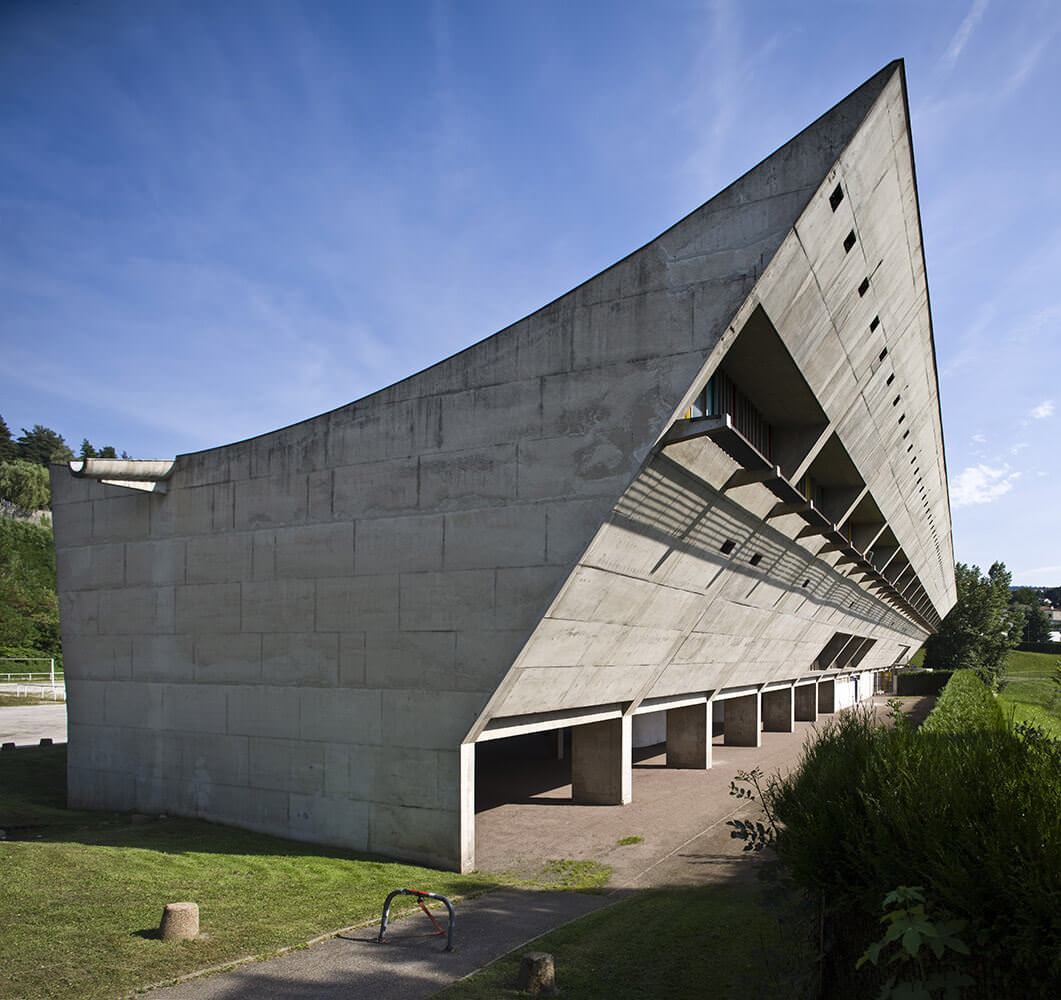 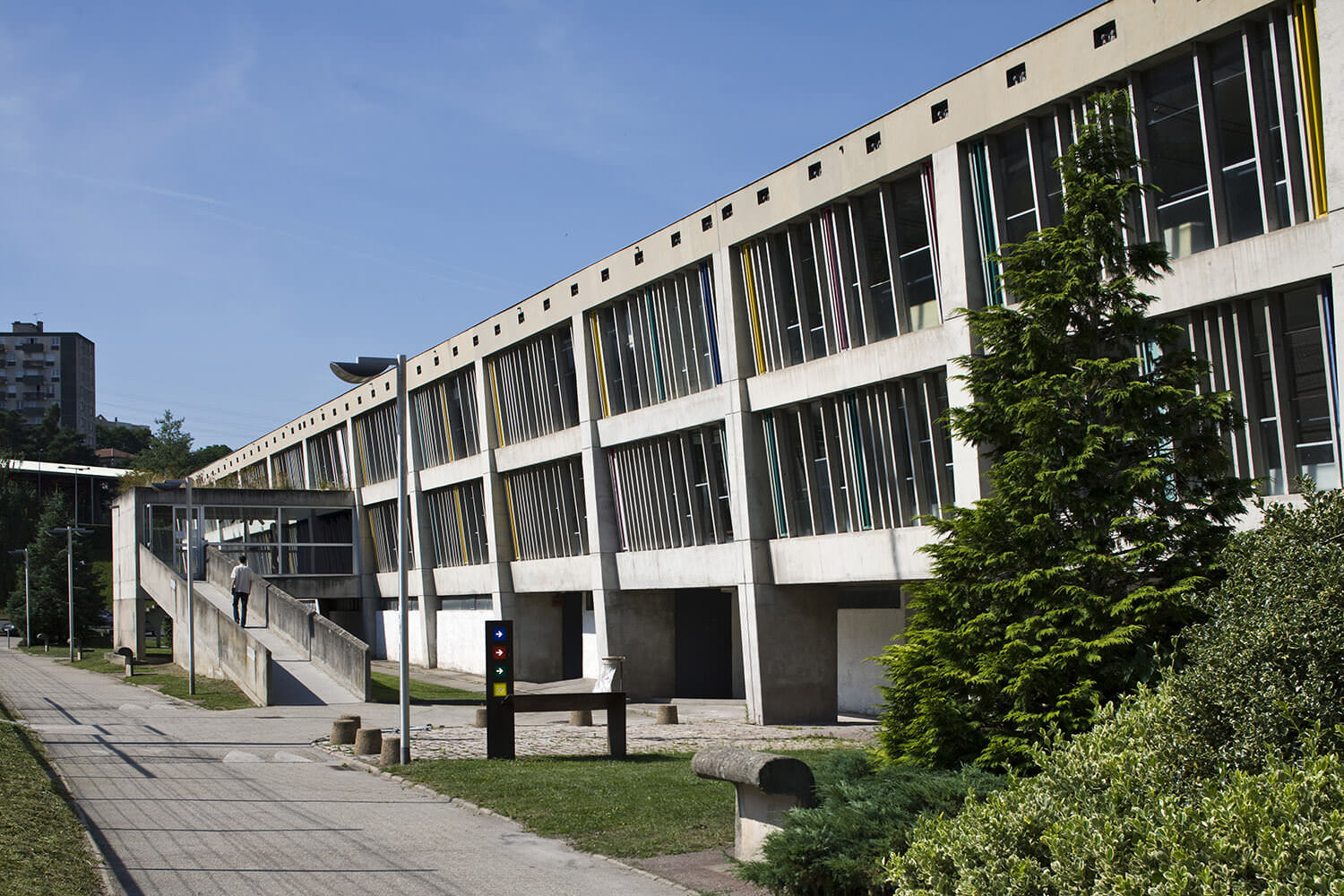 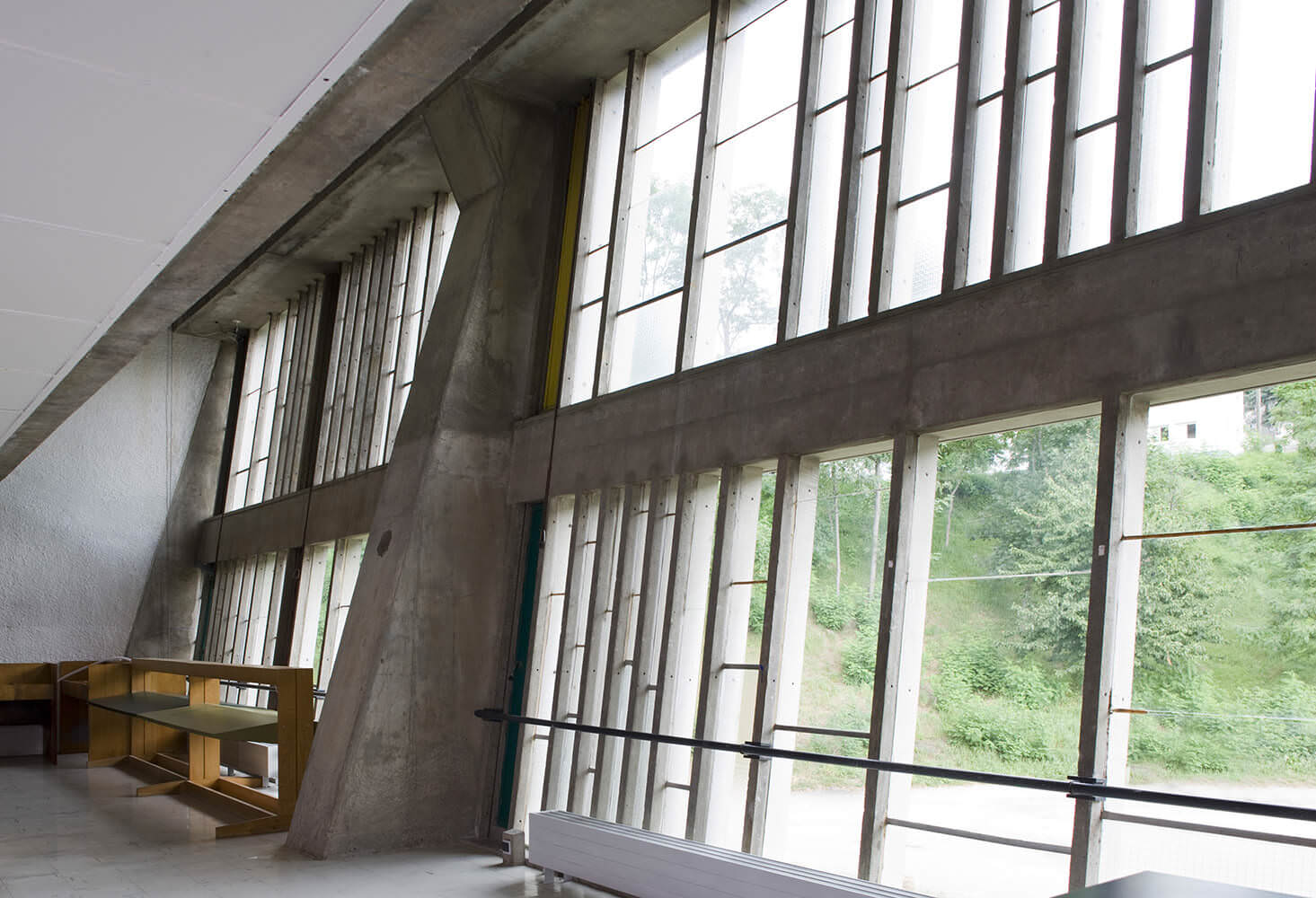 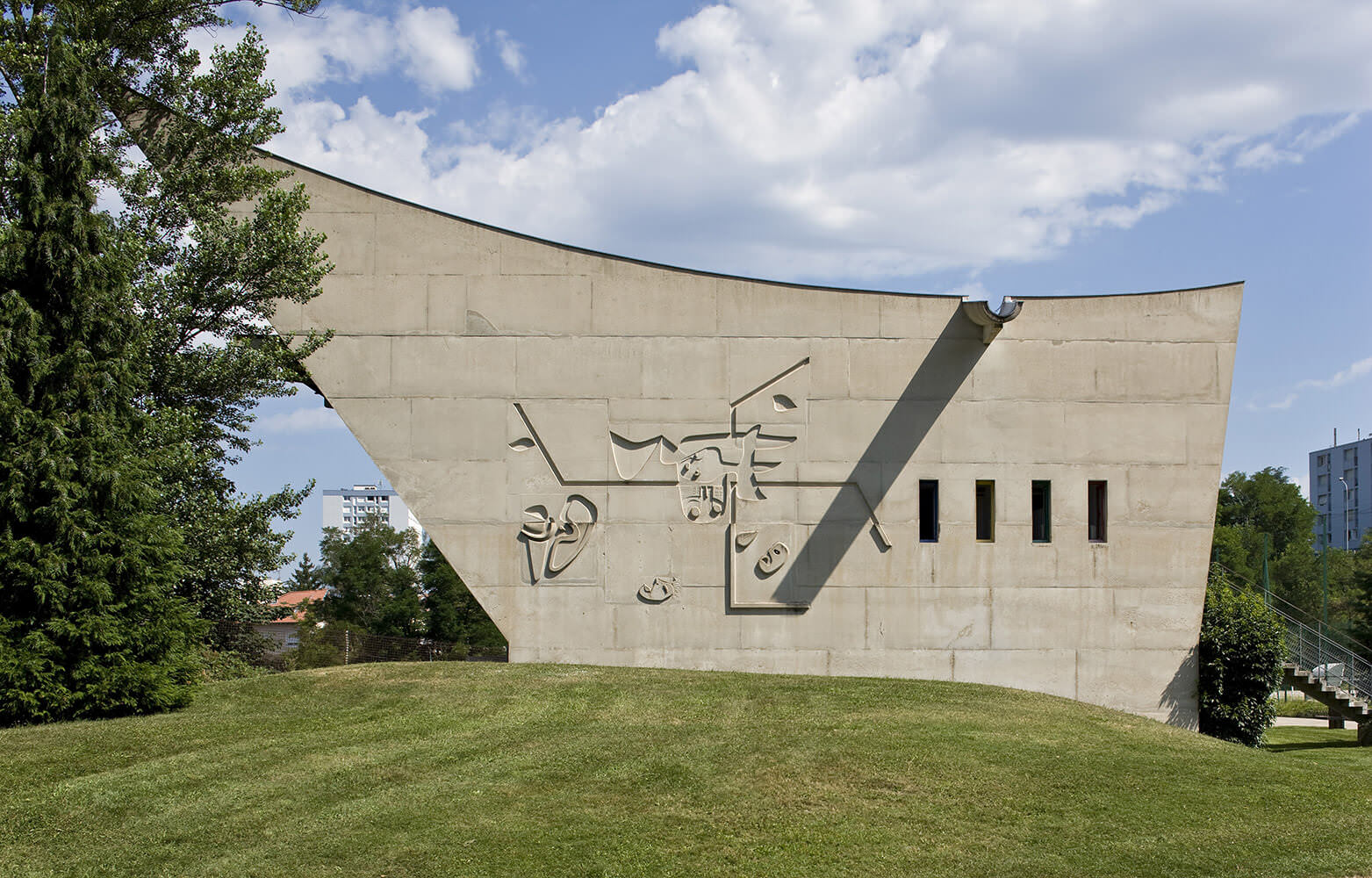 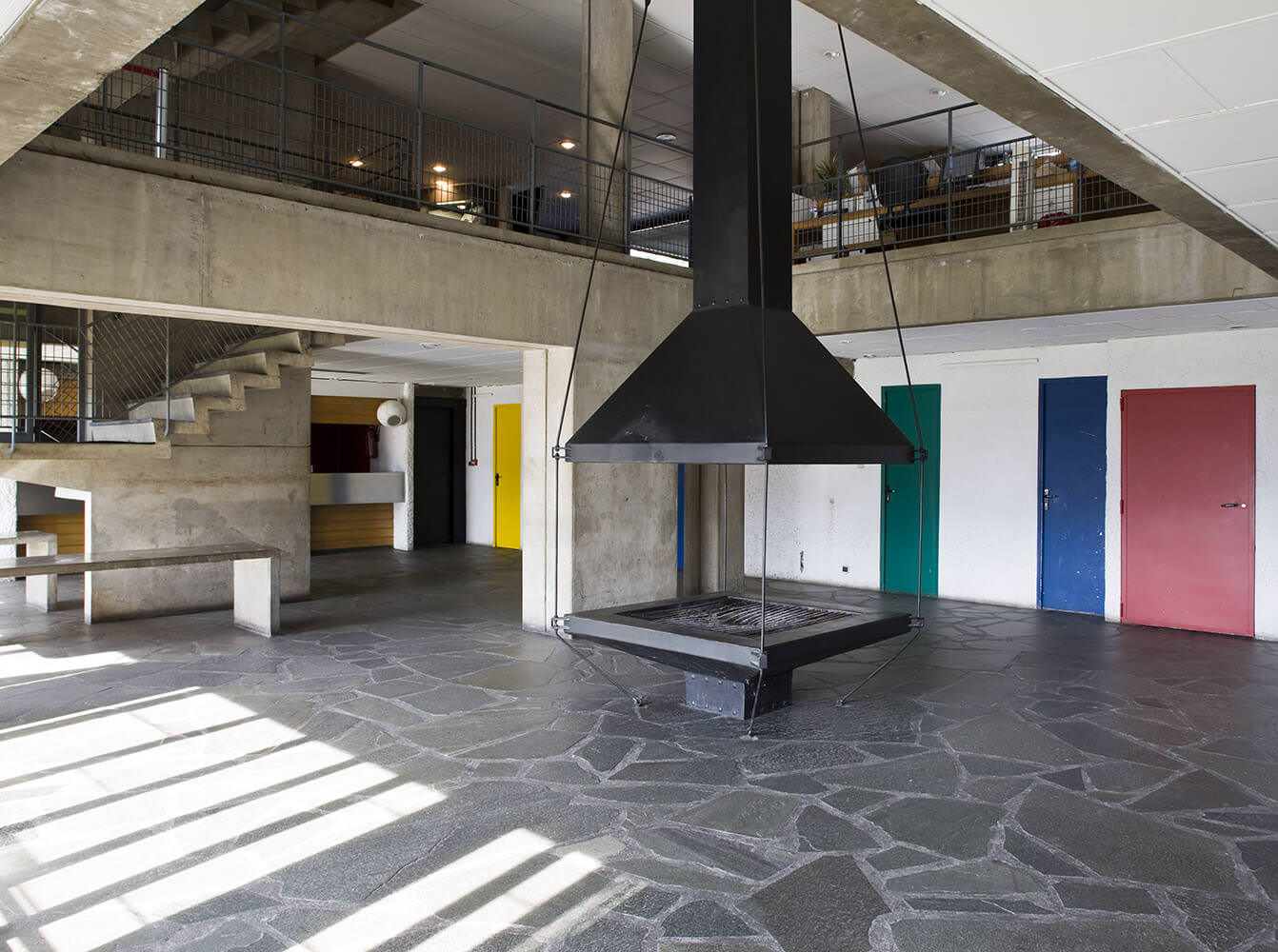