It was in India that Le Corbusier found his only opportunity to give shape to his ideas on urban planning. But his influence in this country comes not only from the realization of the Chandigarh plan, but also from a series of outstanding works, the monumental buildings of the Capitol Complex in the capital of the Punjab, together with the Palais des Filateurs and individual houses in Ahmedabad, Gujarat State.

Le Corbusier was invited to carry out the Chandigarh development plan at a time when the nation, recovering from the long struggle for its hard-won freedom, wished to assert its identity and its place within the family of the developed nations.

After independence, views on the future of Indian architecture diverged. One part of Indian society, campaigning to revive the prestige of ancient India, opposed the other, made up of progressives like Jawaharlal Nehru, who advocated the country’s modernization. In the context of this debate between tradition and modernity, the creation of Chandigarh by Le Corbusier was a turning point in the emergence of modern architecture in India. Chandigarh “released India from its torpor” and definitively settled the dispute between revivalists and modernists.

Nehru’s wish – “That [Chandigarh] should be a new city, a symbol of India’s freedom, unfettered by the traditions of the past … an expression of the nation’s faith in the future” – found tangible expression in Le Corbusier’s seminal works, sources of a unique modern heritage in India and throughout the world.

The city of Chandigarh was the first holistic expression of modern urban planning in India. It implemented urban principles like multilayered circulation systems, residential sectors, landscaping and tree planting, pedestrian walkways, etc. Going far beyond the piecemeal attempts made previously, all of these components were assembled here in an unprecedented model for a modern city designed around Le Corbusier’s four main concerns: comfortable, rational living, work activity, the circulation of the inhabitants and care for the body and the mind.

Thus, Chandigarh is not just a city, but a system of thought symbolizing modernity. It opened up the path to modernization that was at once social, economic and cultural. Chandigarh formalizes Nehru’s aspiration for a modern, secular state and a bedrock for modern urbanism in India. The capitals of the State of Bhubaneswar and Gandhinagar were greatly inspired by this application of Le Corbusier’s principles of scientific rationalism, efficiency and social progress to the design of urban forms. The use of concrete to create monumental and civic architecture is fully expressed in these cities.

Le Corbusier’s architectural works in Chandigarh and Ahmedabad were not created for India as it was at the time, but for what it aspired to be. Almost all the first generation Indian architects in the wake of Independence, men like Achyut Kanvinde, Balkrishna Doshi and Charles Correa, were heavily influenced by his unique architectural vocabulary and progressive vision of an environment designed to create a modern society. His work defines the precepts of the modern movement as a break with the past, an entry into a new future, a harbinger of change introducing a new aesthetic in Indian architecture. Paradoxically, the resulting work is contextualized, seemingly timeless and of unlimited scope.The aesthetic thus created, derived from a universalist approach to space, shapes, light and colour, is still relevant in our contemporary context. It is scarcely surprising that generations of Indian architects continue to be inspired by Le Corbusier’s theories and works.

After Independence, the decline of the colonial influence in India was reflected in the creation of government administrative services, banks, industrialized housing, cinemas, clubs and public buildings, all programmes of a new type, requiring their own architectural vocabulary to represent a changing society and new cultural aspirations. This unprecedented application of CIAM’s Corbusian principles, in phase with budding democratic aspirations, led to the creation of prototypes that continue to affect profoundly the development of architecture and urban planning in India.

The Capitol Complex in Chandigarh is a unique and outstanding example of Le Corbusier’s contribution to the creation of new types of public building. This is one of the most monumental compositions of modern town planning, a major contribution to the Corbusian heritage resulting from a unique geopolitical and cultural context. The three buildings of the Capitol Complex are considered the most accomplished plastic ensemble in the Œuvre de Le Corbusier, one in which he is at the same time architect, artist and sculptor. His aesthetic designs derive from a unique synthesis of Purist and Brutalist elements combined with a sculptural and landscaping approach that is in total harmony with the site layout. The Complex is characterized by the extensive use of exposed concrete, thus creating one of the most spectacular examples of monumental architecture as the symbol of a nation’s freedom. The focus on the masses and the sculptural forms generates a unique aesthetic that transcends the limits of Purism and Brutalism. The use of primary colours on the monumental doors, in the tapestries and on the pylons and joinery balances the effect produced by the monochrome concrete wholly integrated into a Brutalist architectural design.

Le Corbusier’s works in India, particularly the Complexe du Capitole, provide breakthrough innovations in the fields of the urban project, architectural theory and practice and the use of materials and techniques for implementation.They also successfully demonstrate that it is possible to create modern architecture in reduced economic circumstances, when mechanical resources are almost totally lacking, and to meet the constraints of a harsh climate, thereby favouring the spread in India of constructions based on these innovative principles.

The qualities displayed by Le Corbusier’s buildings, both in the design of forms and details and in their execution, helped liberate modern architectural creation in India.This contribution was of major importance, given that these works have revolutionized local construction practice, paving the way for the widespread use of concrete in new buildings.

The intensive use of brise-soleils and double-skin roofs to control the effects of solar radiation, the care given to the orientation and design of openings to create natural ventilation, the use of reflecting pools for recovery of rainwater and better thermal control, of terraced gardens, etc., all are technical choices in line with an environmentally responsible approach to architecture. In this respect, Le Corbusier’s achievements announce present-day principles of passive architecture. Reducing dependence on fossil fuels, he limited the burden of already limited resources, and reduced future operating costs, while providing real thermal comfort.

Creating complex forms based on a simple structural system despite limited time, money and manpower resources was a major event in the development of architectural techniques in Chandigarh, India and the world in general. The construction of the thin hyperbolic shell that covers the vast circular hall of the Palace of the Assembly, devoid of pillars, was an exemplary technical achievement demonstrating the full sculptural and structural potential of reinforced concrete. 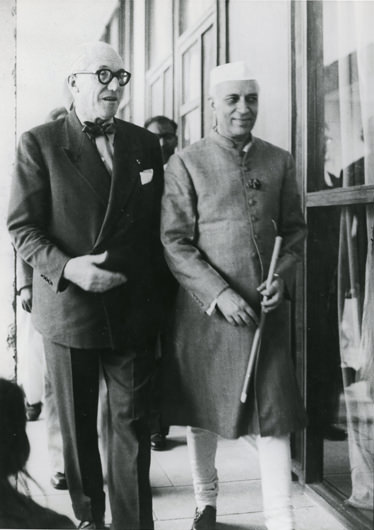 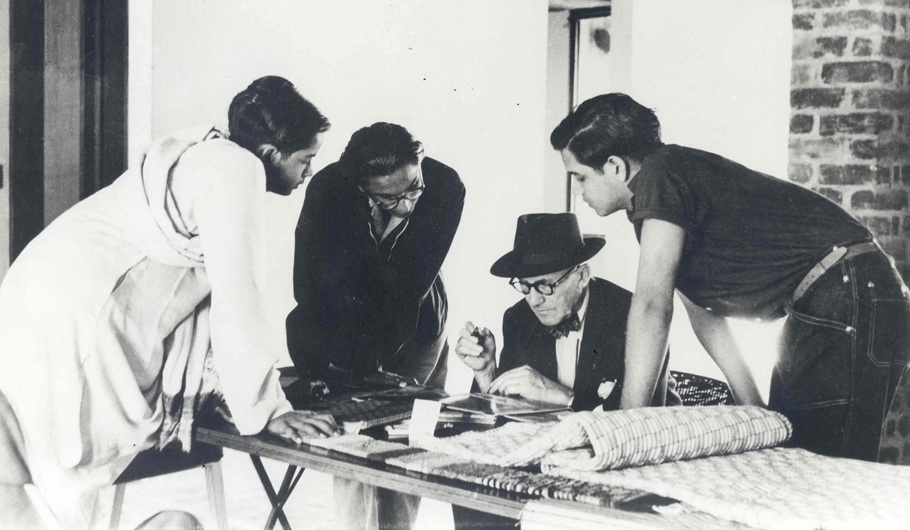 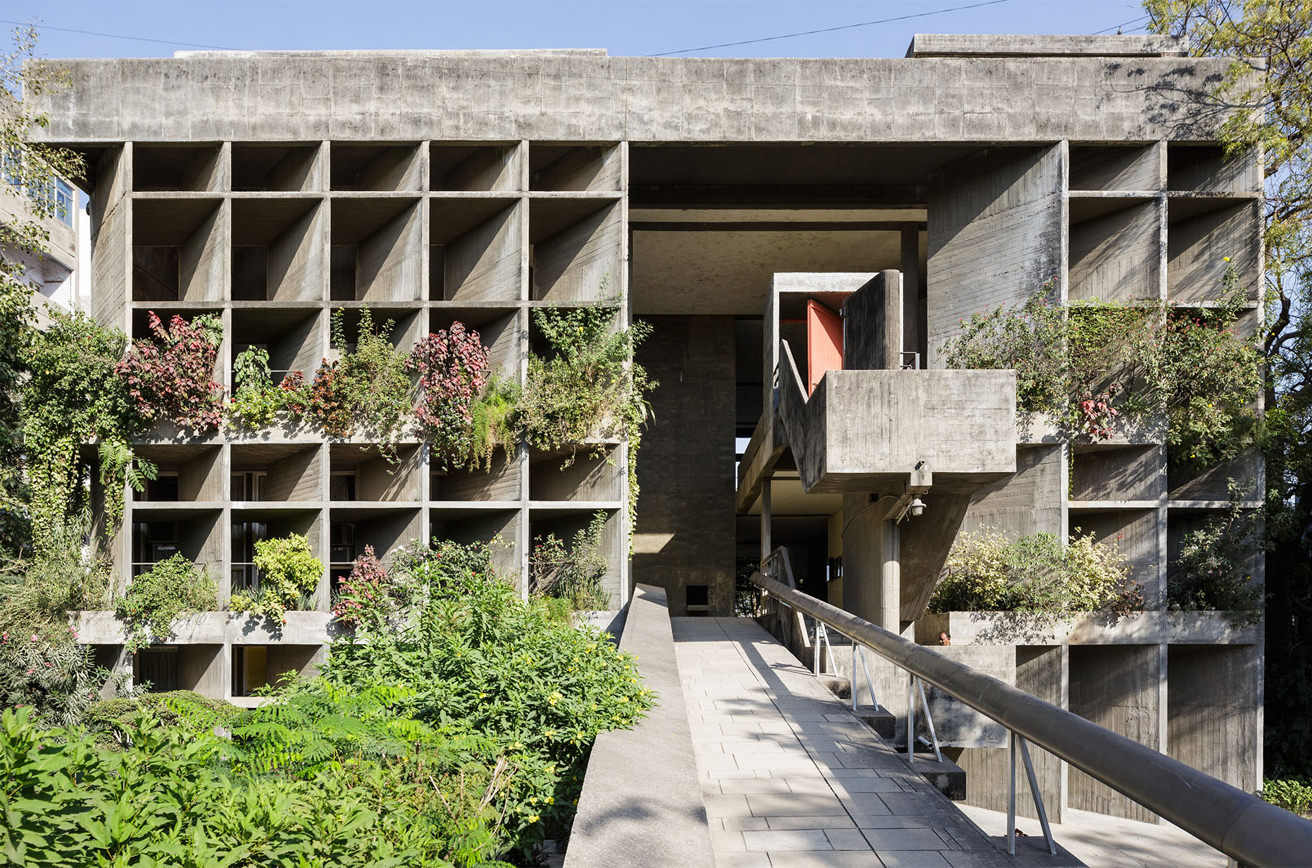