The relationship between Le Corbusier and Latin America developed over a period of 40 years. At the beginning of the 1920s the main Latin American cultural centres followed the international avant-garde movement very closely; a few artists were in continuous contact with the European avant-garde. Apparently, it was Blaise Cendrars, also a native of La Chaux-de-Fonds, who aroused Le Corbusier’s interest in Latin America. Le Corbusier had developed personal and professional contacts with eminent figures like the Brazilian writer Paulo Prado, or the Chilian Sergio Larrain.

In 1929, Le Corbusier’s journey to South America marked the first direct contact between Le Corbusier and this part of the world; the influence was reciprocal and quite remarkable. Le Corbusier was invited to Buenos Aires by the Society of the Friends of Art to give a series of ten lectures. These were promoted and organised by Victoria Ocampo. Le Corbusier also went to Brazil.

The contacts with Victoria Ocampo led to a few projects, including the Villa Ocampo (1928) and a small sky-scraper in Palermo, but none of these were carried out. Nor were other projects originating in his trips to Latin America, particularly the Villa Martinez de Hoz (1930, Buenos Aires) and the Villa Errazuriz (1930, Chili).

In 1936, seven years after his first journey, Le Corbusier returned to Brazil as a consultant for a project to build the Ministry for National Education in Rio (1936-1945), which was assigned to a team directed by Lucio Costa. This building is now considered to be the starting point of modern architecture in Brazil.

In October 1937, two young architects from Argentina who were just finishing their studies visited Le Corbusier: Juan Kurchan and Jorge Ferrai Hardoy. Both wanted to work with him. He gave them the task of drawing up an urban development plan for Buenos-Aires but, despite official contacts, the project came to nothing.

Le Corbusier also considered studies for the towns of Chillán (1939) and Santiago de Chili, as well as designing an urban plan for Bogotá, the capital of Colombia (1947). But none of these projects came to fruition.

Twenty years elapsed between Le Corbusier’s stay in Argentina and the commission for what was to constitute his only built work in Latin America, the Maison du Docteur Curutchet in La Plata. His later projects were all associated with Brazil: the Maison du Brésil at the Cité Universitaire Internationale in Paris, and later the French Embassy in Brasilia. This last project, designed in 1964, was never built.

Le Corbusier’s influence on the development of architecture and urban planning in Latin America is distinctly superior to that of the other members of the Modern Movement.The explanation for this can perhaps be found in his early contacts, numerous journeys and projects for the region. Audiences were won over by the strength and charisma of his personality, an effect consolidated by the spread of his writings and his work. We have only to list the names of the Latin American architects who worked with him in the studio in the rue de Sèvres: Juan Kurchan and Jorge Ferrari from Argentina, German Samper and Rogelio Salmona from Colombia, Carlos Gomez Gavazzo and Justino Serralta from Uruguay and from Chili, Roberto Dávila, Roberto Matta, Emilio Duhart and Guillermo Jullian de la Fuente.

Brazil was perhaps the earliest to country feel the influence of Le Corbusier. In the wake of their experience with Le Corbusier during his stay in 1936, Brazilian architects were to develop their own specific architectural style, the first manifestations of which appeared in the 1940s with Oscar Niemeyer’s buildings in Pampulha. But it was in Brasilia (LPM), the new capital of the country and the most outstanding creation of Latin American urban planning in the 20th century, that the two main figures of Brazilian architecture, Lucio Costa and Oscar Niemeyer, were to give the teaching and theory of Le Corbusier and the CIAM its most successful expression.

In Argentina, the direct influence of Le Corbusier was clearly apparent in the work of the Austral Group, formed in 1939. Juan Kurchan and Jorge Ferrari Hardoy – who had previously had the opportunity of working with Le Corbusier on the Plan for Buenos Aires

– and the Catalan Antoni Bonet – who had worked for a while in the Rue de Sèvres before settling in Argentina – were its main proponents. Bonet’s work gave new life to architecture in Argentina. The first modern architecture in the country had developed in the 1930s mainly under German influence. Bonet in contrast, with his building in Buenos Aires in 1939, developed a more comprehensive concept and a more innovative aesthetic, including some of Le Corbusier’s Five Points. Kurchan and Ferrari adapted Le Corbusier’s principles to multi-dwelling buildings, introducing innovation at local level, in their 1942 building located in Rua Virrey del Pino in Buenos Aires. Amancio Williams, who in spite of his limited output was one of the great inventors of Latin-American architecture, incorporated elements of Le Corbusier’s language into a number of his projects, as for example in the Casa del Puente (House of the Bridge) in 1942. In Argentina, some of the buildings of the 1950s also show the influence of Le Corbusier’s Brutalist period, examples being the work of the SEPRA Studio (Sánchez Elía, Peralta Ramos and Agostini), of ClorindoTesta and certain buildings in the north-eastern region by the architects Soto and Rivarola.The buildings constructed by the postal services in several cities in Argentina at the beginning of the 1950s also show Le Corbusier’s influence.

In Chili, it was the work of Emilio Duhart which most clearly showed Le Corbusier’s influence. In his 1960 building for the United Nations in Santiago, Duhart displayed the experience acquired with Le Corbusier by endeavouring to link the language and principles of modern architecture with local traditions and the geographical situation. In Mexico, the influence of Le Corbusier was apparent in Juan O’Gorman’s 1930 design for the houses for the painters Diego Rivera and Frida Kahlo in a residential area in Mexico City. The influence of Purism is clear in Diego Rivera’s house, which is very similar to Ozenfant’s studio-house.

The exchanges between Le Corbusier and Latin America were intense and reciprocal and have left their mark on both sides. In return, it is possible that the landscape, the sky and the enthusiasm of his Latin American disciples were a source of inspiration for the Le Corbusier’s poetics. For Latin America, despite the fact that most of his projects were not built, the contact with Le Corbusier served to stimulate a spirit of innovation, experimentation and discovery of new possibilities for the improvement of people’s lives by associating innovation with tradition.

However, the construction of this house was an exceptional event which attracted the attention of architects and students in architecture. As soon as it was built, the house became a place of pilgrimage for professionals and students alike, not only from La Plata but also from Buenos Aires and other cities in Argentina.

The restoration and opening to the public of the Maison du Docteur Curutchet in 1997 renewed interest in this unique example of modern architecture in Latin America. Architects, students and amateurs of modern architecture came from all over the world to visit the house, which has become a permanent source of inspiration for understanding not only Le Corbusier’s thinking and architectural practice, but also for the question of integrating modern architecture into a traditional urban environment. 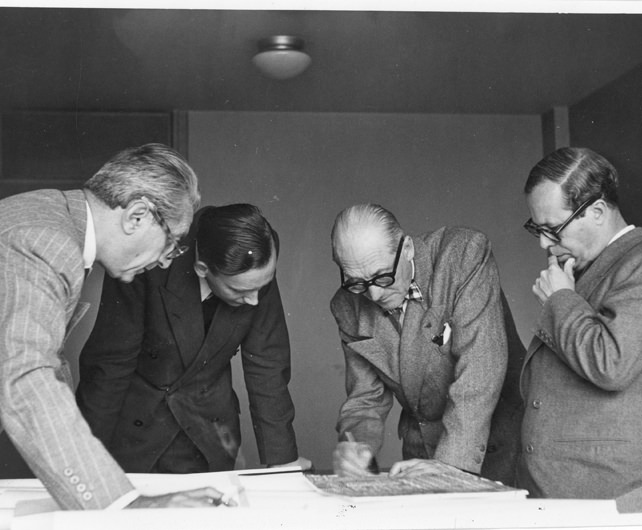 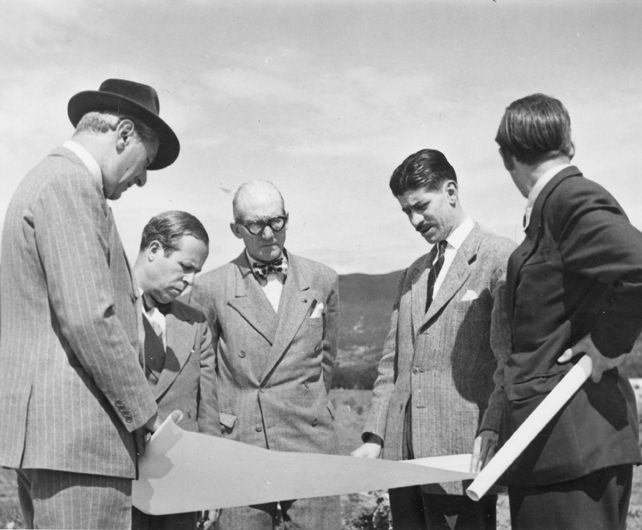 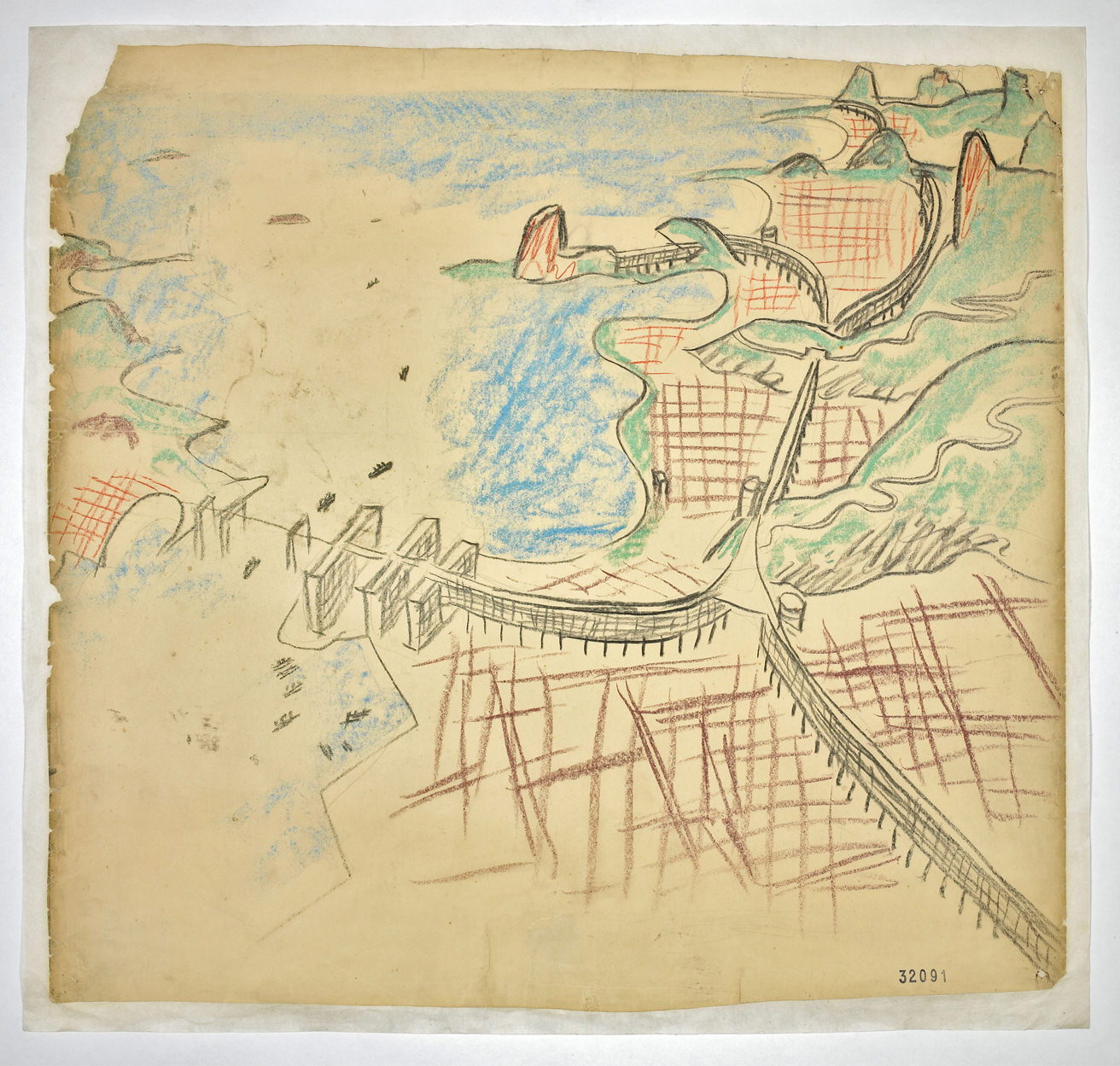